Usually, Alabama sees a few really nice days in the dead of winter, and that’s when I try to assess the soil situation. Before the Internet forums, in my circles, soil recipes were jealously-guarded secrets. Mostly because the ingredients were hard to find, and partly because it took effort to figure out. That old recipe had 6-9 ingredients, and was fairly organic, and somewhat redundant…grit, lava, haydite, river rock, and turface generally serve similar purposes. A good measure of bark, peat, and sphagnum moss rounded out the organic components.

Now, with the free exchange of information online, soil is like discussing politics. Everyone has an opinion, and very few agree. Since you’re reading my blog, I’ll presume you are interested in my opinion (on soil, that is)…which has changed from a long list of ingredients to a very short list: 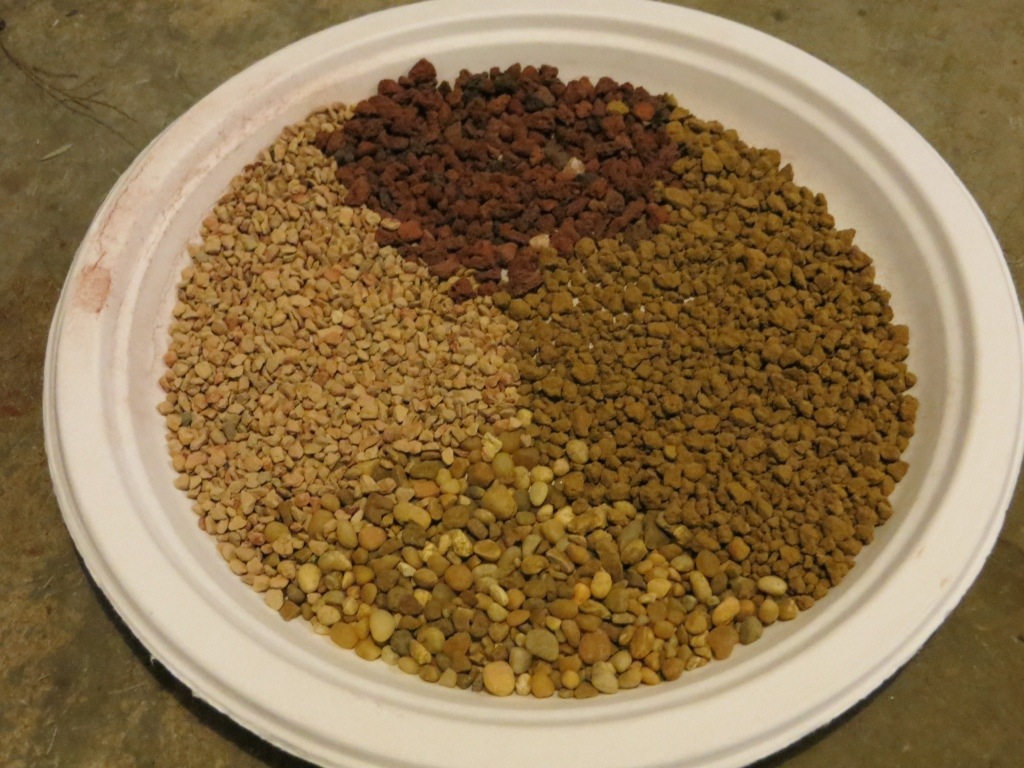 Lets break them down a bit:

Lava Rock is volcanic rock, inert, hard, and has the texture of a sponge. It holds some water, lots of air, and roots cling to it very nicely. It does not break down, so it can be recycled. 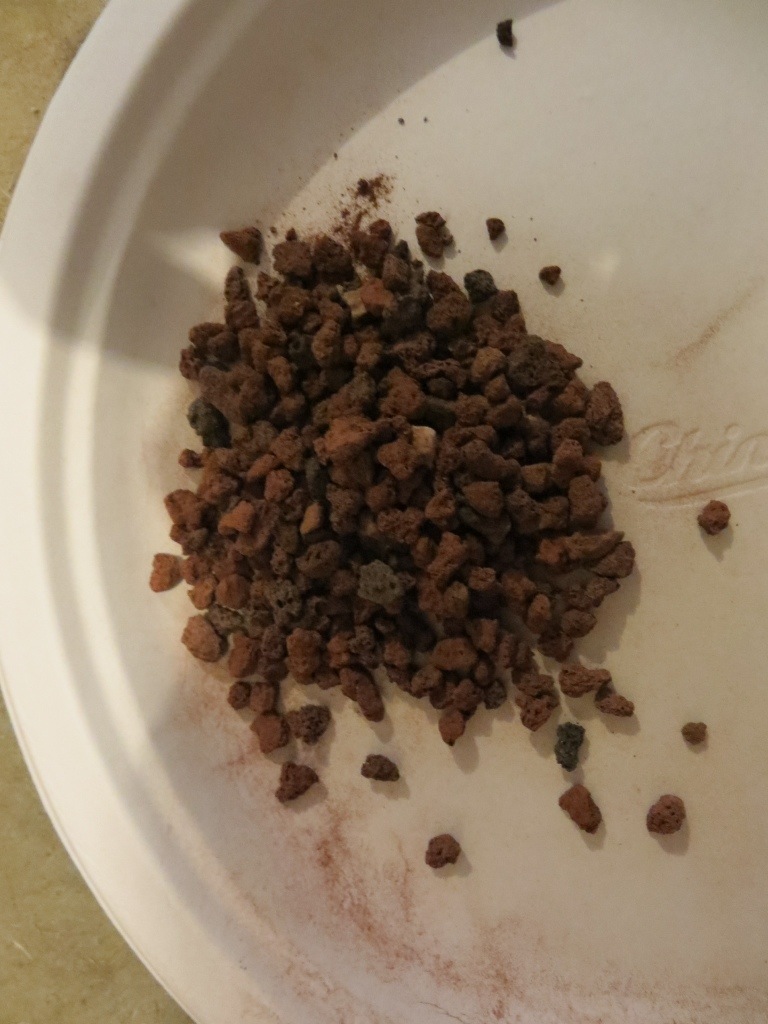 Akadama is a mined clay, flash-fired to burn off organic material, and roughly sifted. It holds water, and releases it readily. It can be crushed by hand, but won’t break down too quickly in a pot. The magic is, that it starts coarse, allowing new roots room and access to air, but breaks down as roots colonize the pot, and holds water longer. In this regard, it adjusts with the roots throughout the repotting cycle. It is imported and expensive, but used in small quantities. I use pine bark in place of akadama with trees in development.

River sand is just that. It is heavy, smooth, and retains little water or air. In my pines mix, it serves as the non-retentive ingredient, helping the soil dry out a bit faster. Since its rounded, it wont pack, and leaves pockets for air. I use 1/8-1/4″ size.

Turface is baked clay. It is surprisingly retentive, sharp, light in weight, and does not break down. Too much Turface seems to make the soil anaerobic and very retentive. I screen Turface and use what is retained on a 1/8″ screen, the fines are used to amend my growing beds.

My recipes are based on the type of tree, and specifically, on the trees water requirements:
Pines: 1 part each of akadama, lava, and river sand:

Junipers: 1 part each of akadama, lava, and Turface:

Soil really needs to do 2 things:
1. Provide structure for roots to anchor
2. Retain and release air and water

Bottom line, understand what each component contributes, and adjust them in a way that your watering habits provide the best possible environment for each tree.

Happy 20th Birthday to our beautiful, sweet, and amazing daughter @le.vanfleet We love you!