Ryan Bell wrote several great posts about Heian Tofukuji, read them here:
Glazed Pots by Heian Tofukuji 4
Long/short, he was born in 1890, positively mastered ceramic and glaze techniques, using recycled clay and community kilns, and died before his work was recognized for its mastery.

Here is my first foray into Tofukuji collecting, a round, cut-foot oribe glaze, 11cm by 2cm.

His glaze styles were varied, as were the chops he used:

Ever the enabler, Ryan Bell encouraged me to plant it for the show last weekend. So I did…ever so cautiously: 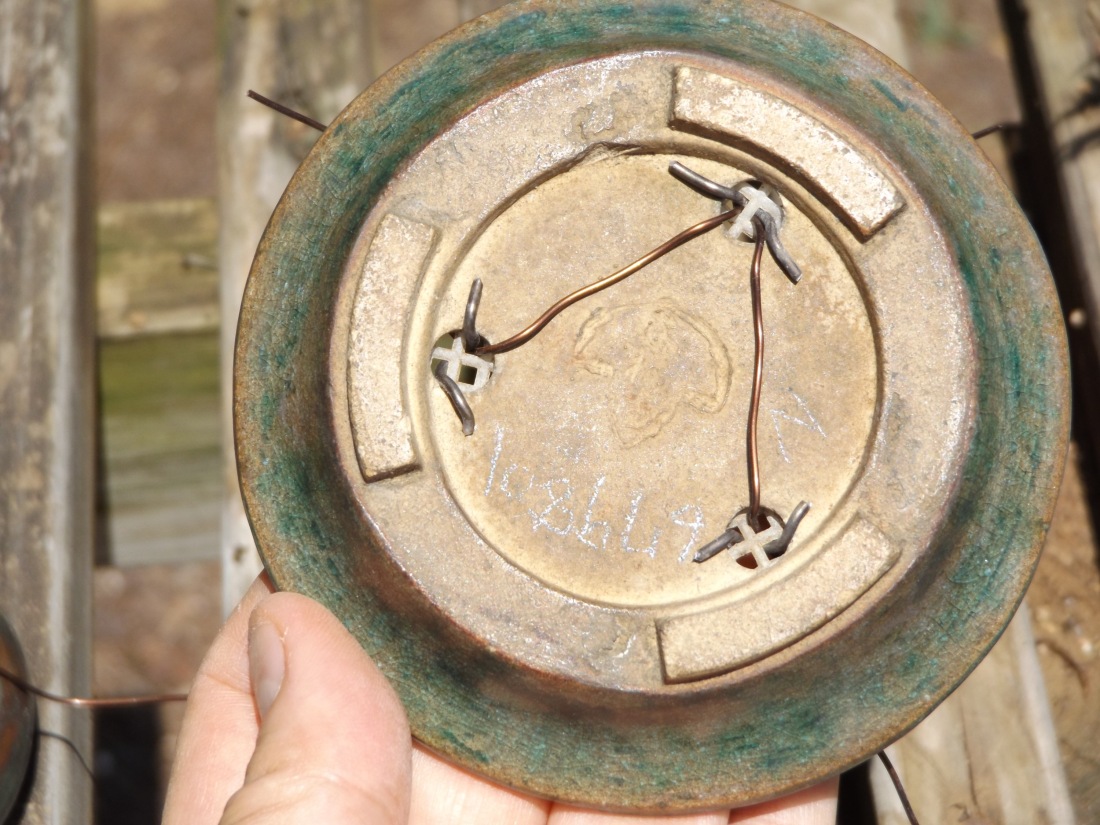 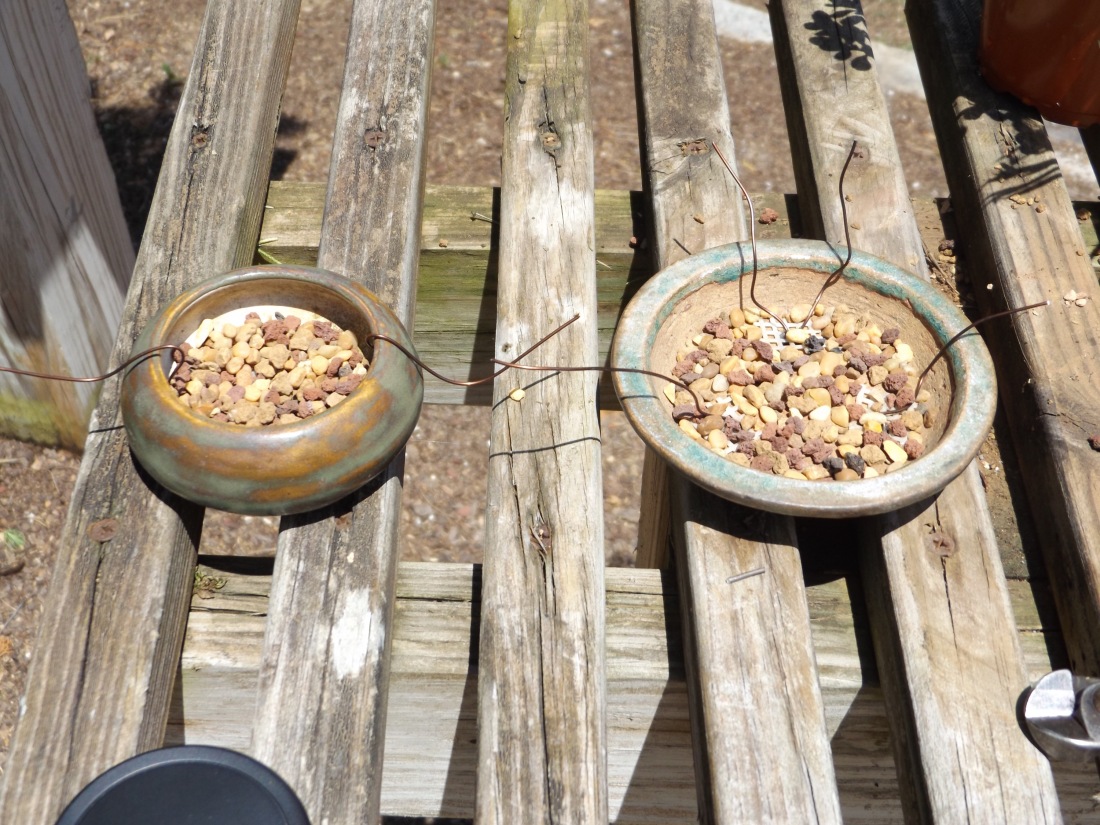