In February 2016, the buds were swelling and it was time to try a graft to add a branch in a space that really needed to fill in.

Hawthorns have thin bark and callus rather slowly, so I don’t know how it’s going to take. However, the area will have plenty of access to sunshine and branches can grow fast in the spring, so we’ll see. A thread-graft was the safest choice, and I’d identified a candidate.

Drilled a hole; going in through the out door:

Fish the scion through carefully, trying to preserve some buds on the way through: 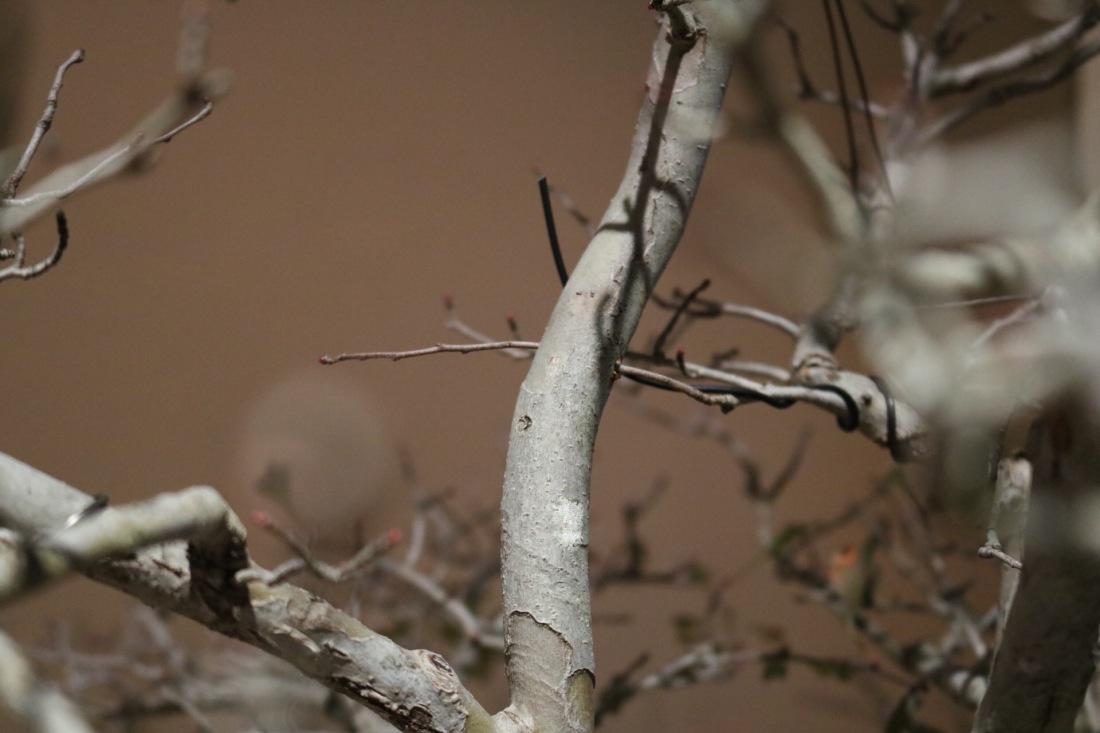 A twig from the same tree used as a wedge, and a little wire to hold things in place:

And a good seal of cut putty is placed around both ends of the graft:

Next up, some spring pruning. I went pretty aggressive in the winter of 2014, and I noticed that while the tree didn’t back-bud too strongly, it did grow well; meaning the bare areas didn’t fill in. I need to keep riding back on the heavier branches, but I also need to take it a bit more slowly. A little at a time:

After some pruning and wiring just a few branches, it is ready to grow for the year:

And grow, it did. Late March:

By mid-April, I pruned back the areas that were already thick enough; the top, upper right side, lower left. I didn’t touch any shoots that were wired, or grafted.

Mid May, I did a bit more pruning, and moved back high branch down and to the right.
Before: 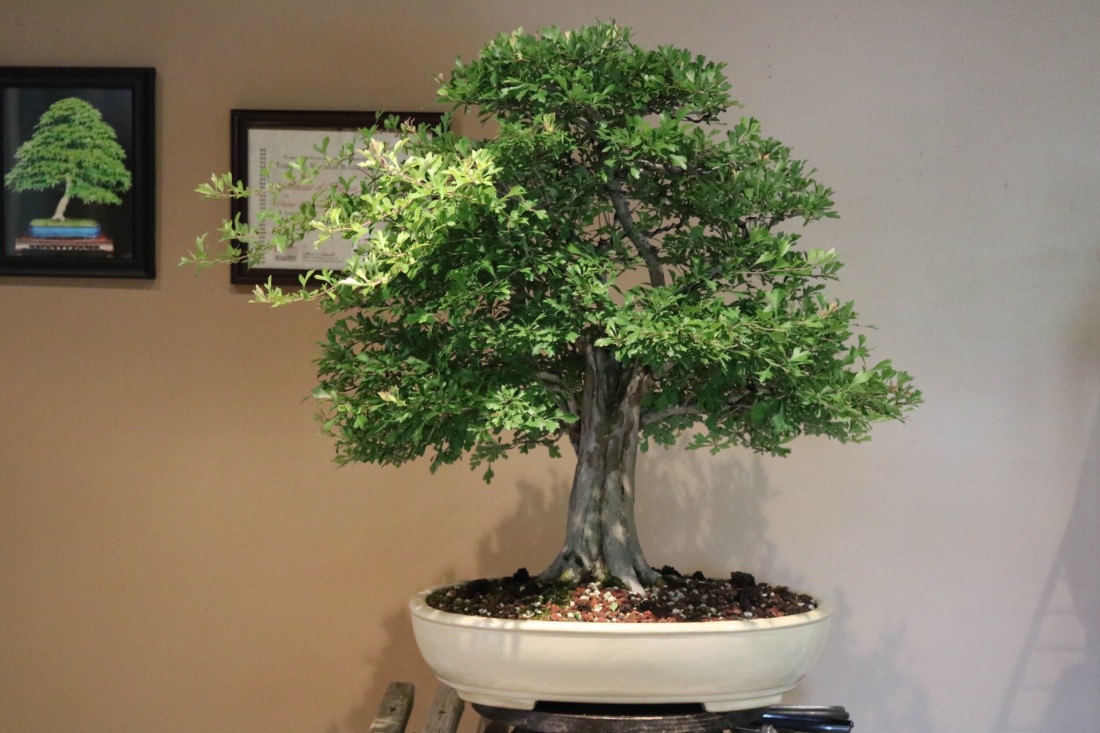 The grafted shoot, and guy-wired upper left branch were not touched. It’s growing nicely, and I should be able to prune it back fairly soon:

The density is improving nicely. By late June, the upper left area was thickening, and I was ready to slow its roll…

In a span of 2 years, I was able to replace the first left branch with a smaller branch, with more movement and taper.

Branch 2 was a back branch, and it will fill in over time. With that, the apex won’t look quite so isolated up top.

Branch 3 was more problematic. I didn’t have a replacement to develop, and didn’t get one, so I had to graft one.

One thought on “The cycle continues: Hawthorn part 2”