For the first time in 10 years, I decided to not candle cut this JBP. Why? Winter 18 months ago, it got really cold shortly after I wired and pruned it; single digits for several days when I was out of town and the tree sat out of doors.

The result was weak growth in the spring of 2018. I decandled it anyway in July 2018 preparing it for the USNBE, and the resulting growth wasn’t strong enough to show. It lost a few small shoots in the upper right area. This spring, I repotted it into a coarser mix and let it grow. The color isn’t great, and the growth is a bit weak. July 15, 2019:

It was weak, the color shows pretty yellow under the studio lights. It’s not this bad, but it isn’t the usual deep green: 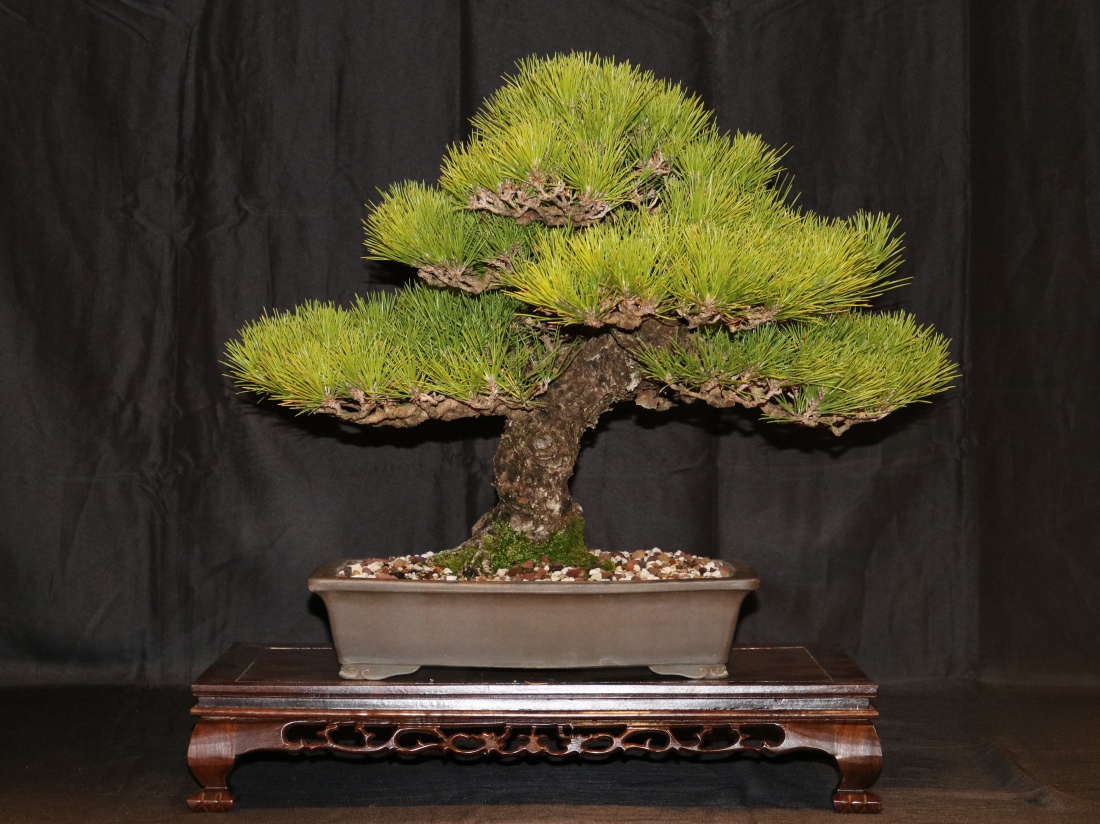 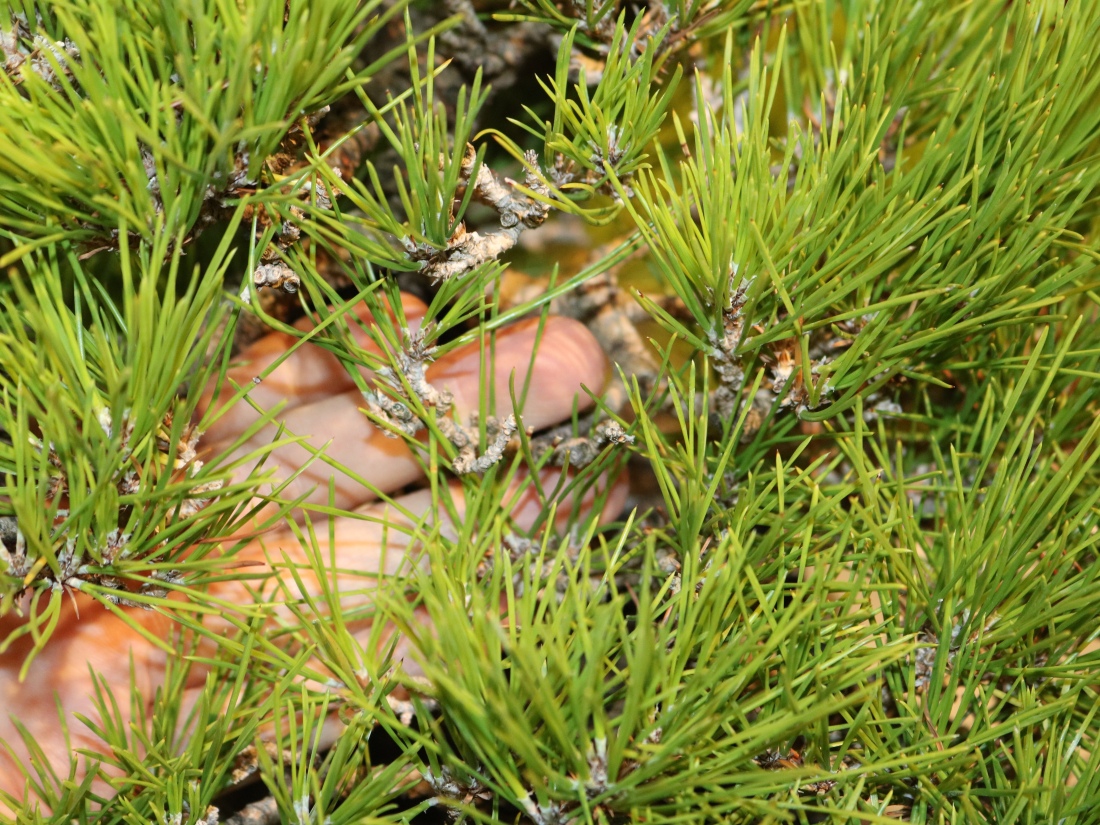 Instead, I removed dead needles, cut candles that emerged in 3s down to pairs. This:

Next up, aerating the soil. Cleary’s 3336 granular staves odd needle cast, but also creates a crust on the soil surface which needs to be plowed in just a bit. I just used tweezers: 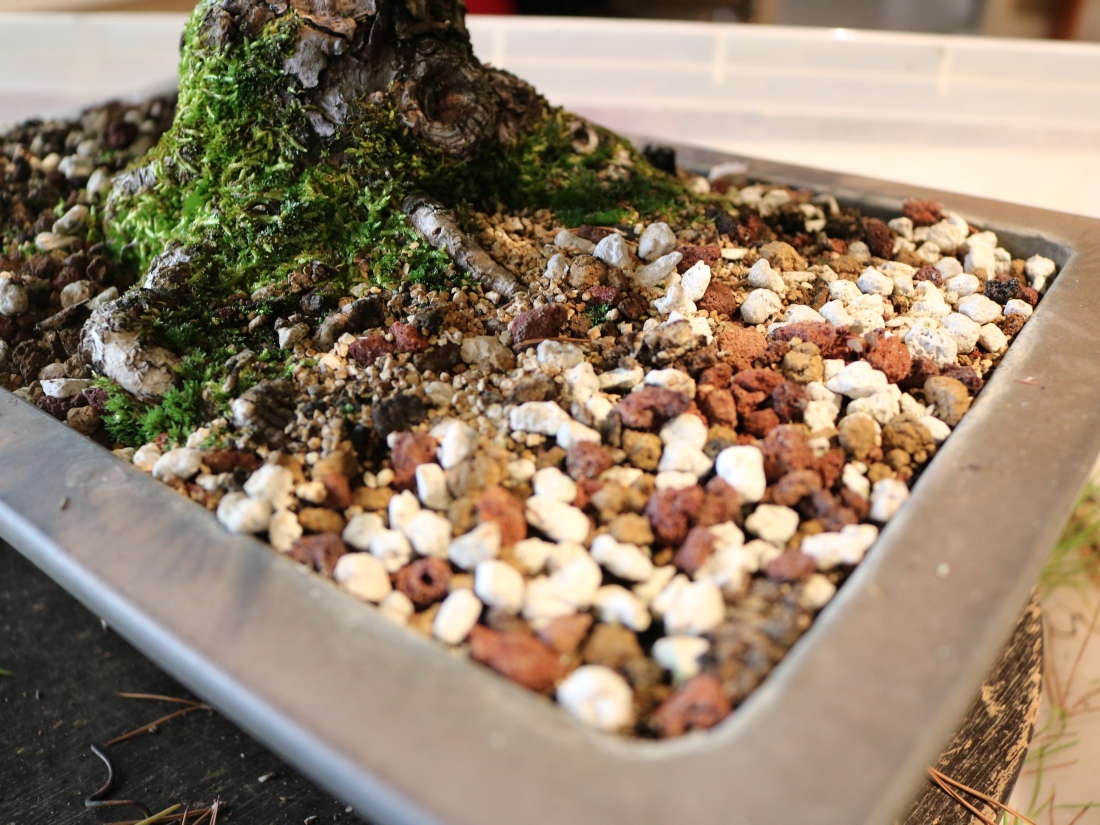 Alternately, use a chopstick:

Then I dealt with moss, using the same tweezers. This: 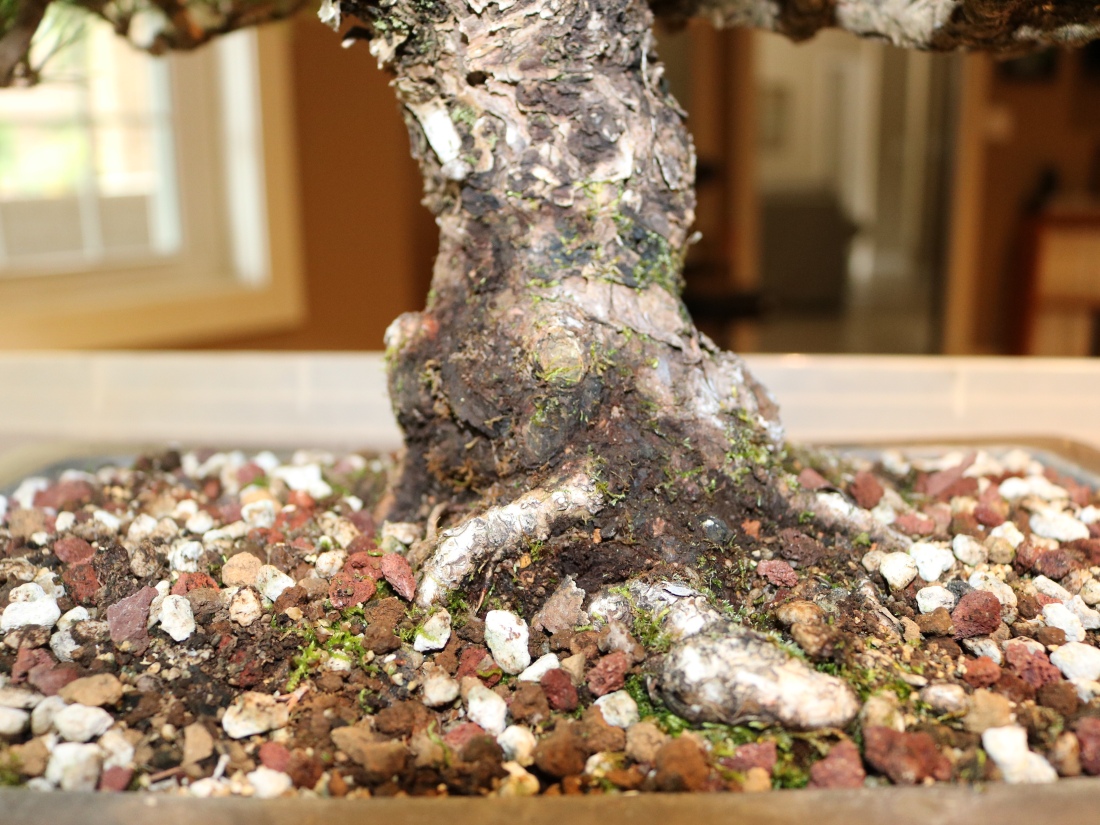 The base is spreading after 10 years in a Bonsai pot: 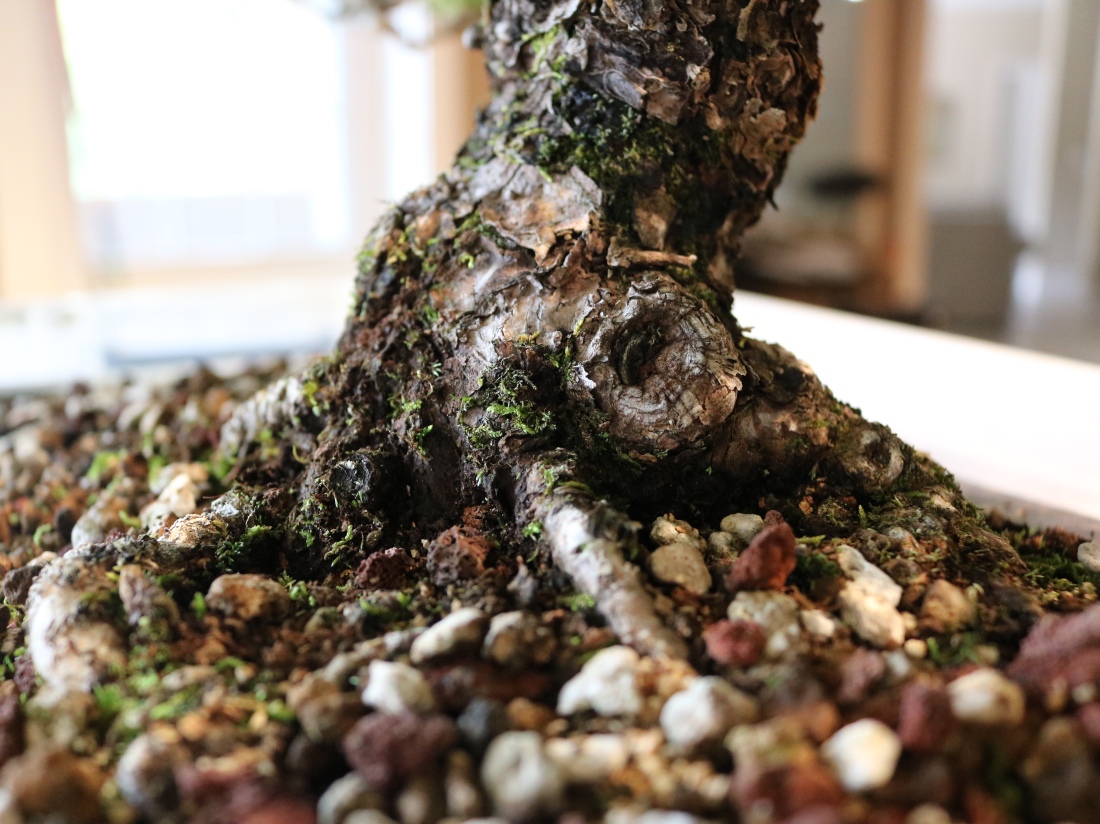 This should prepare the tree for fall work, which will include needle-pulling, thinning branches, and a complete rewiring of the tree.

Be sure to use clean, sharp tools. Sandflex blocks do a good job of removing sap from blades, followed by alcohol to sanitize, and oil to lubricate and protect against rust.

One thought on “Not Candle cutting the JBP”