I have had this tree for close to 20 years now, and this is probably the smallest it’s ever been. Deciding to make it into a “sumo” Shohin later meant challenges to finding a suitable pot because the base had gotten wide. It’s been in this 12″ wide Ino pot for the last few years, which is visually too big. Most Shohin pots are around 6″, which are too small. Fortunately, I found this Ikkou at 7 3/8″, that I thought would work. 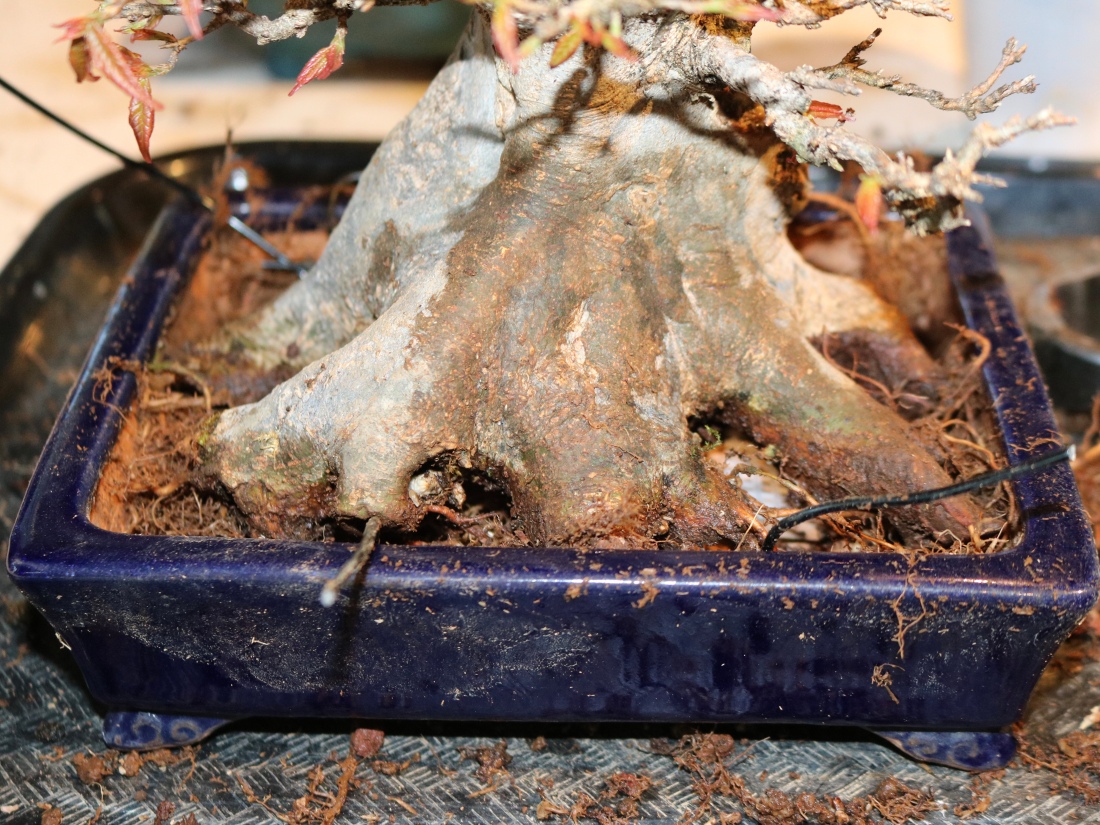 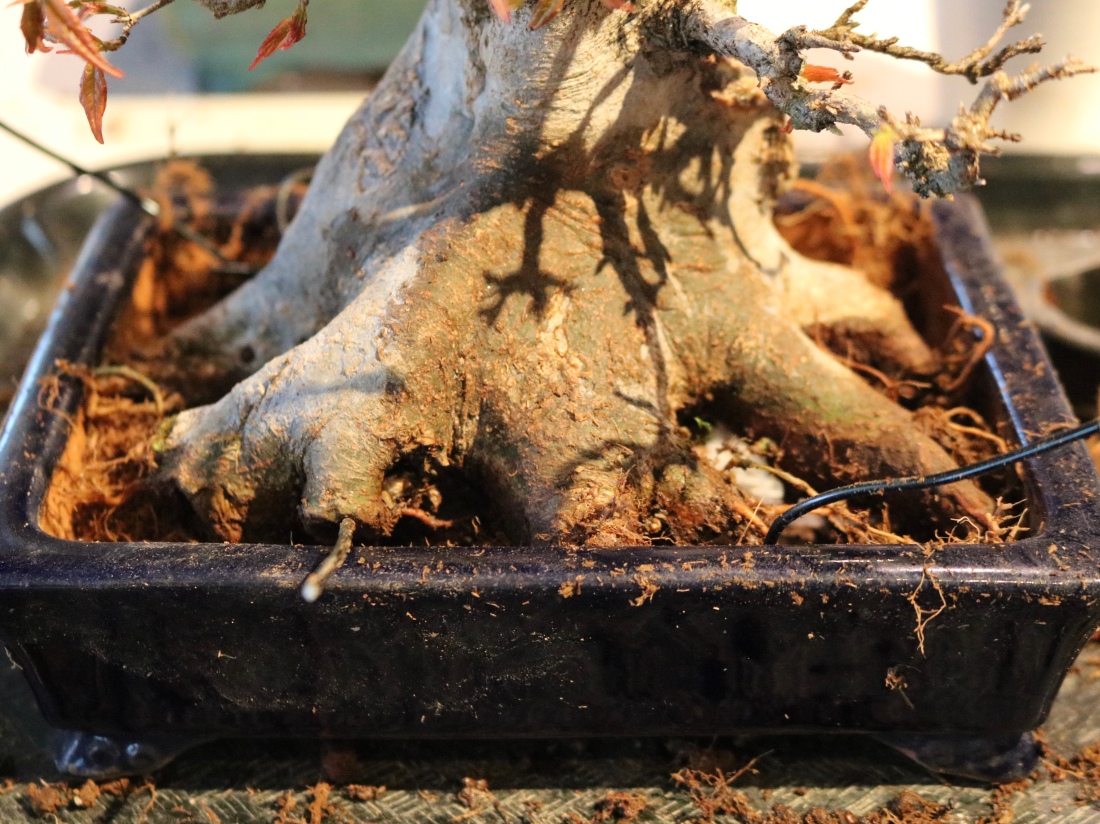 I only had to remove a little from the heavy roots to make it work, and I tried to leave some live feeder roots on each cut to prevent dieback.

I also potted it a little deeper this time to encourage fine roots. Over time I can raise the planting depth and expose more flare. For now, here is the result. 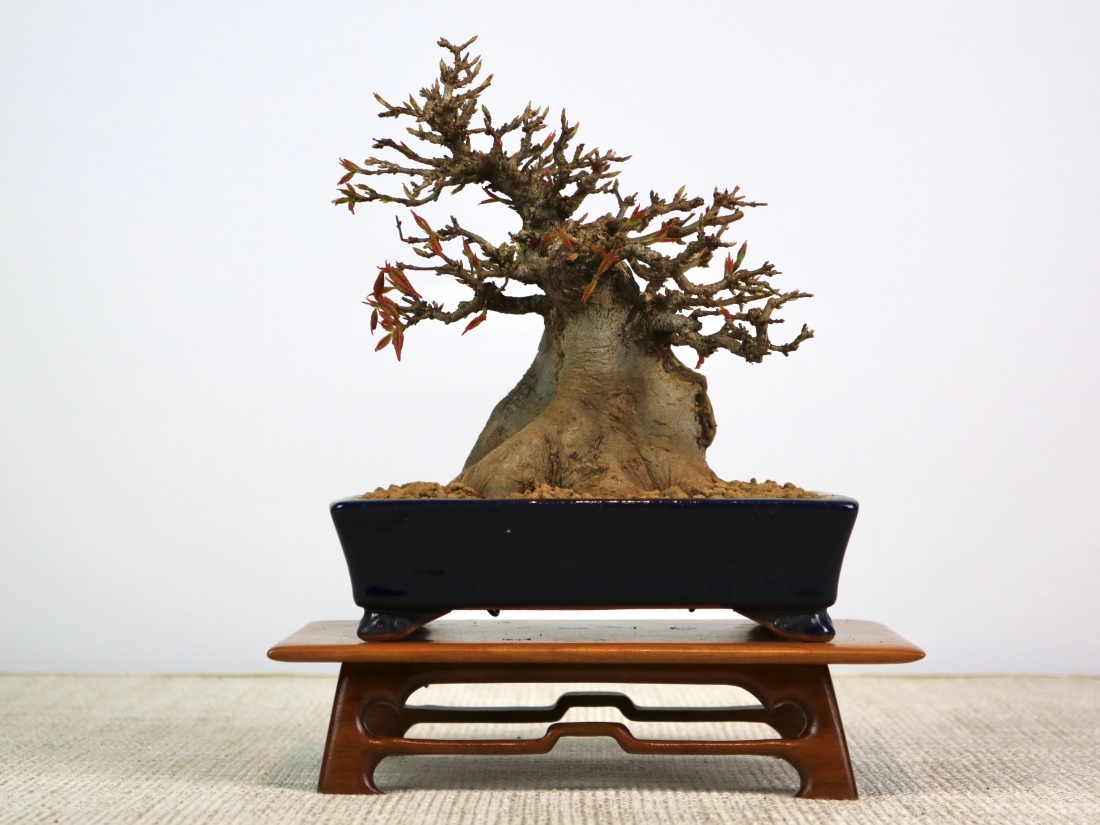 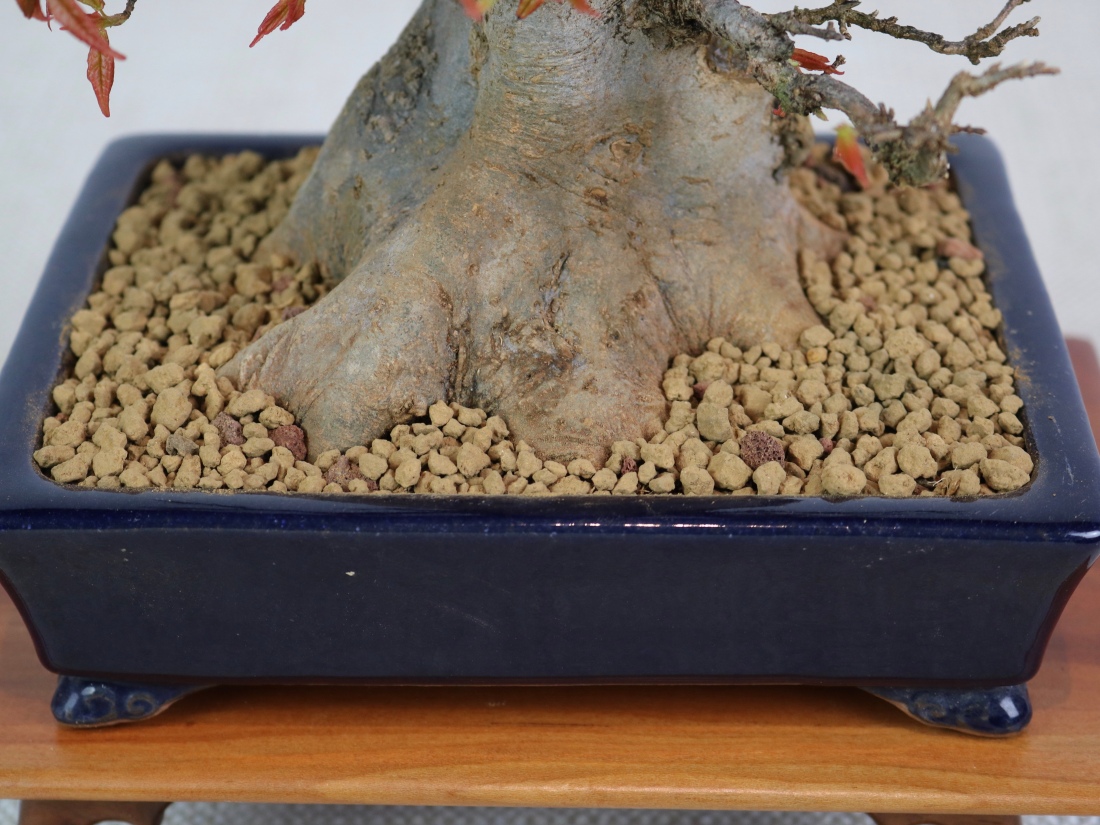 3 thoughts on “Shoehorning a Trident Maple into a Shohin pot”