Ok, this series is intentionally humbling as it demonstrates my failures with the hope of avoiding them again, and maybe someone out there can also avoid them. The good news is that I didn’t lose this tree. I did lose a few years of work, but optimistically the tree will be better in the long run. And if bonsai is about anything at all…it’s the long run.

I wired the tree over Thanksgiving 2019, just after leaf fall. This: 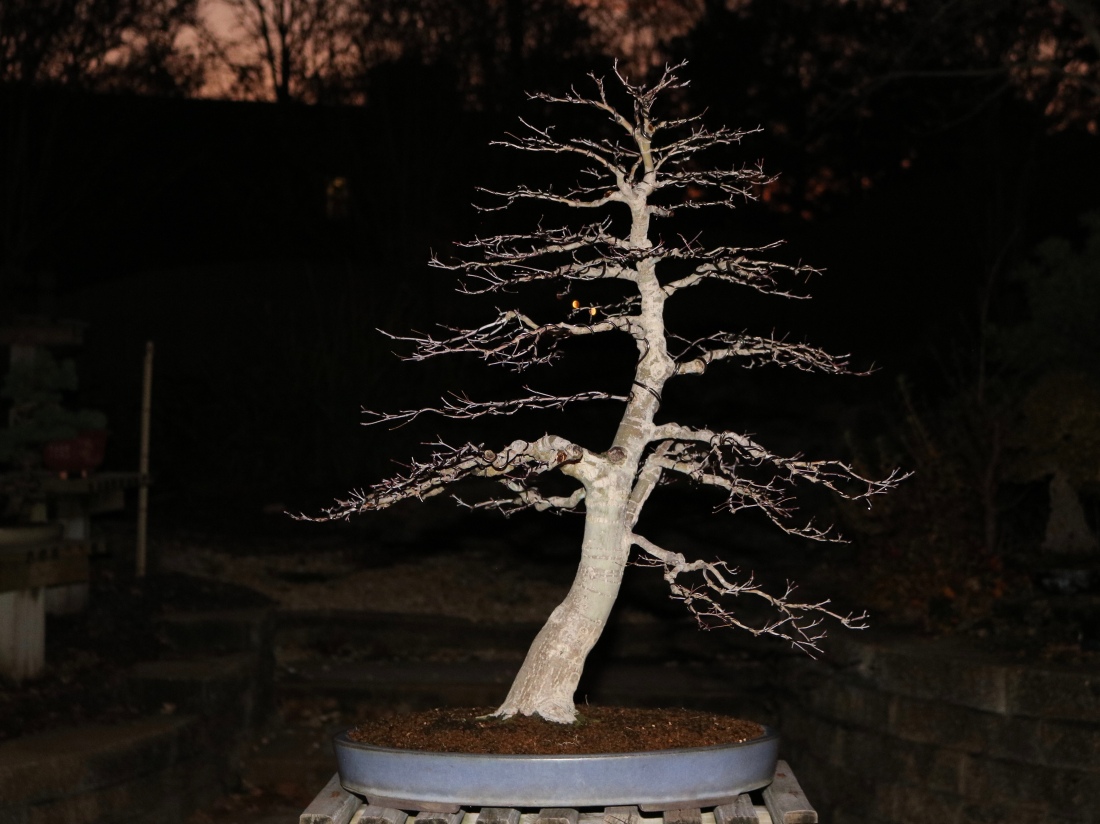 Replacing fat branches with finer branches and balancing the overall density. No problem, right time of year, so what could go wrong? 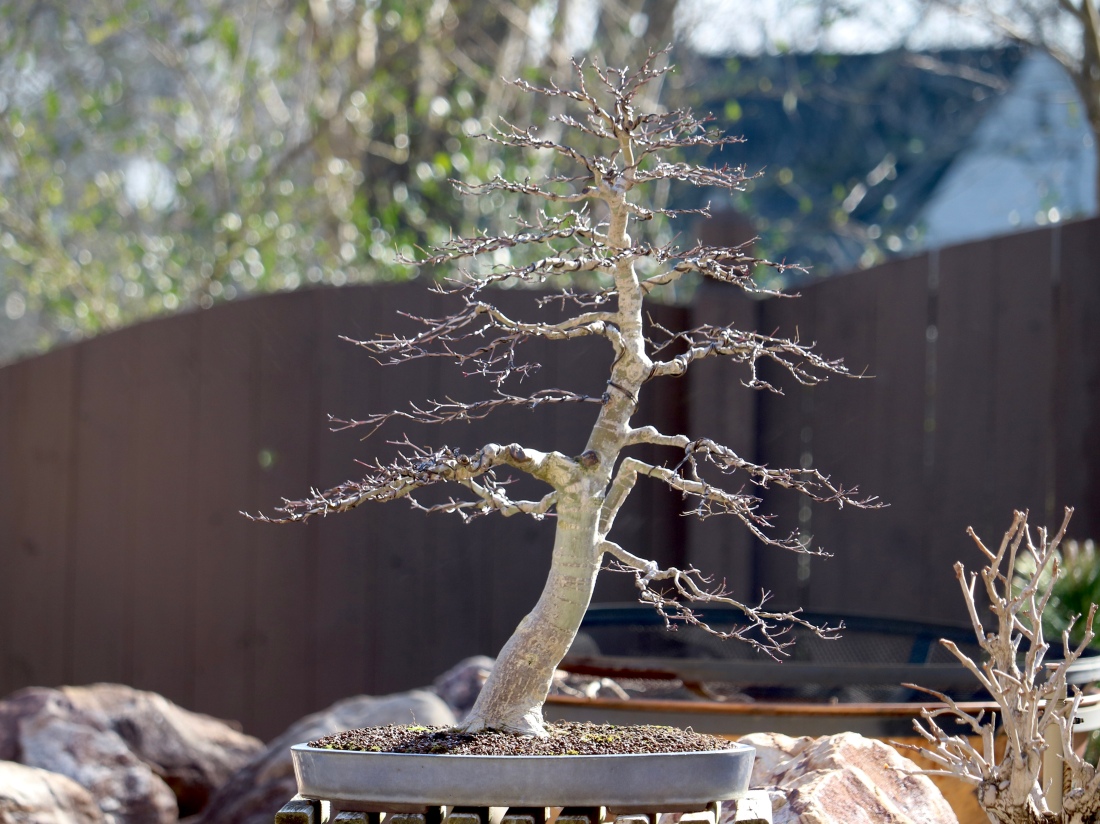 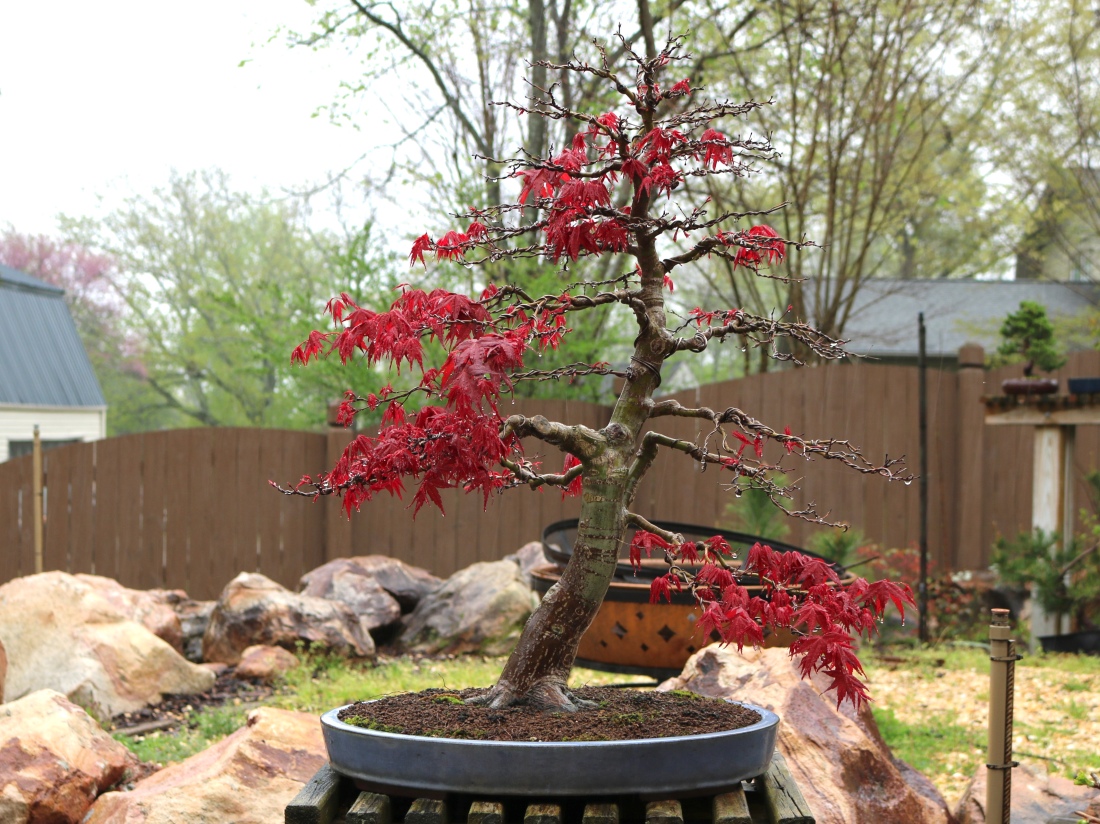 Trouble…so I decided to not repot, and not add another insult. First time in 15 years I skipped a year of repotting. I believe we had some nights in the low 20s in late January, and it may have killed some of the branches. 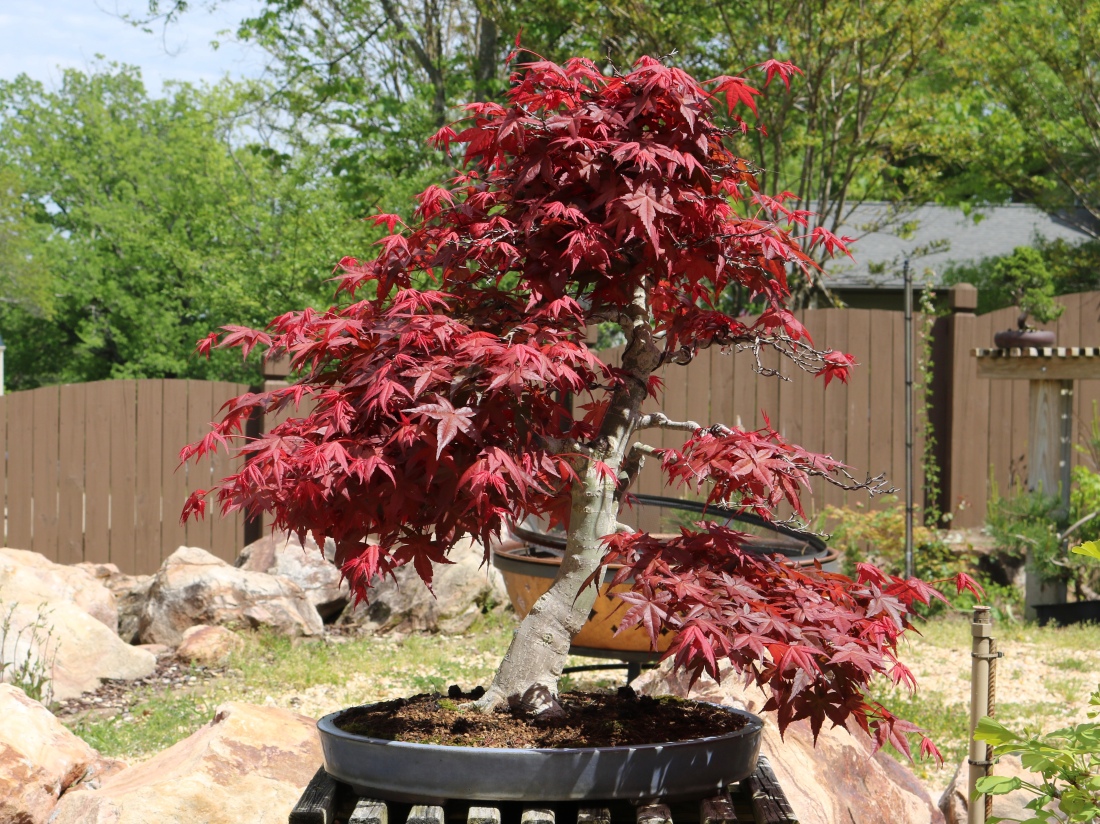 Time to trim the long stuff and see if we can jump-start some budding in the interior. 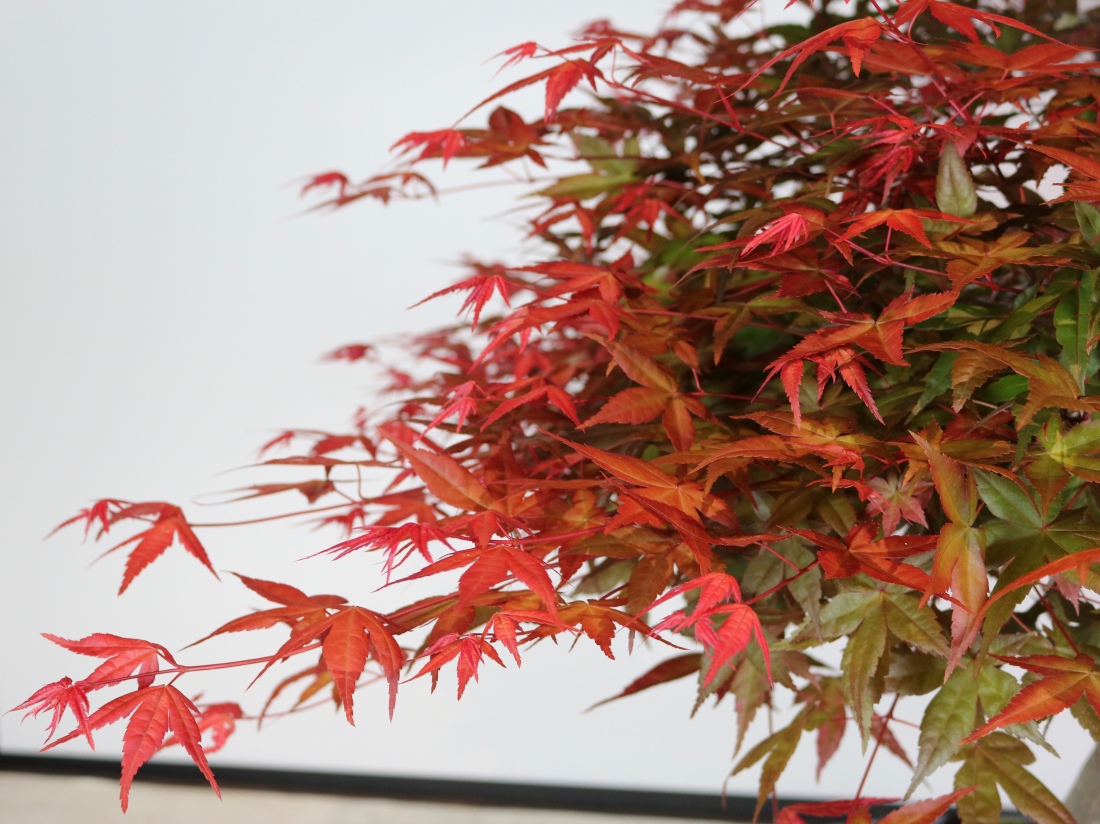 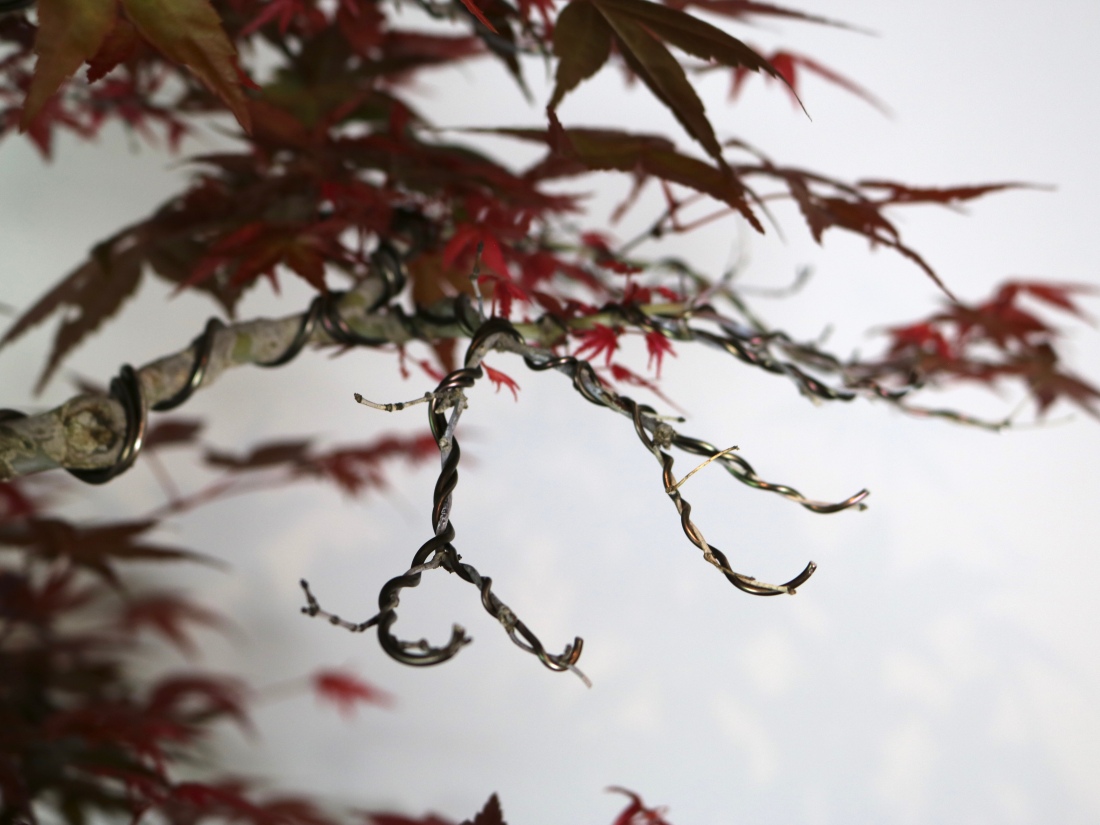 Trimming back, mid April, before and after: 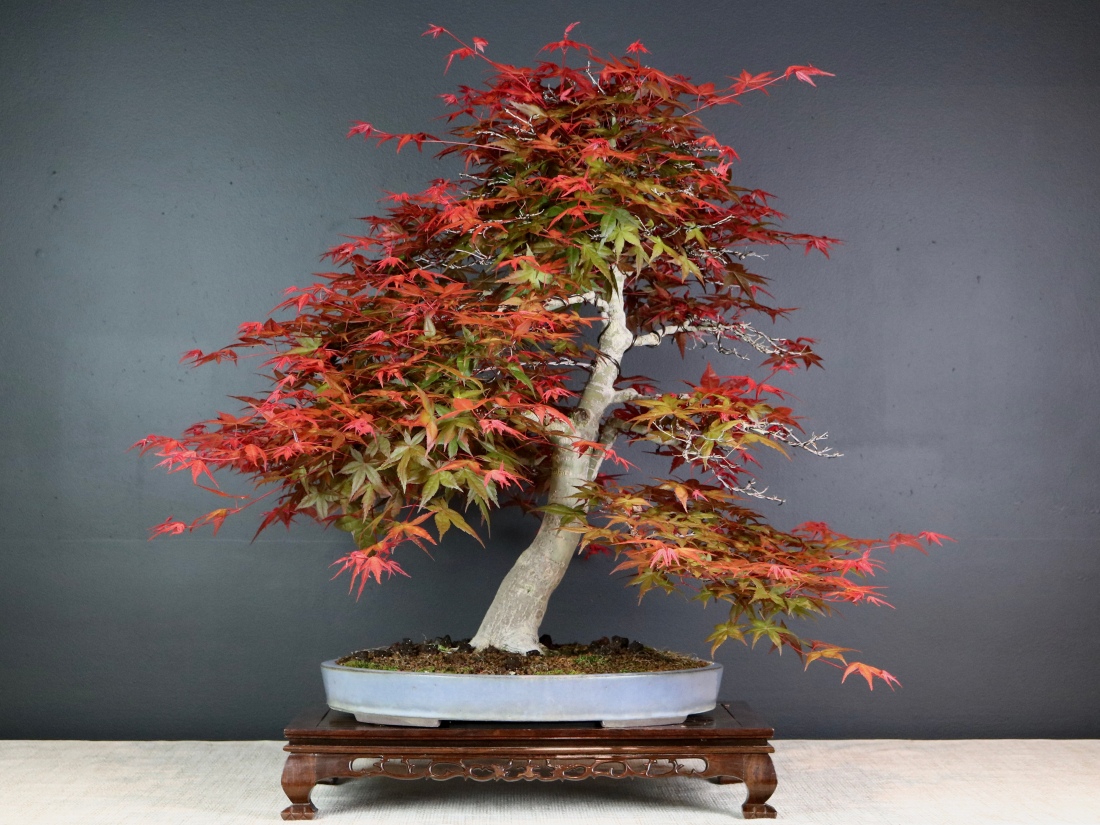 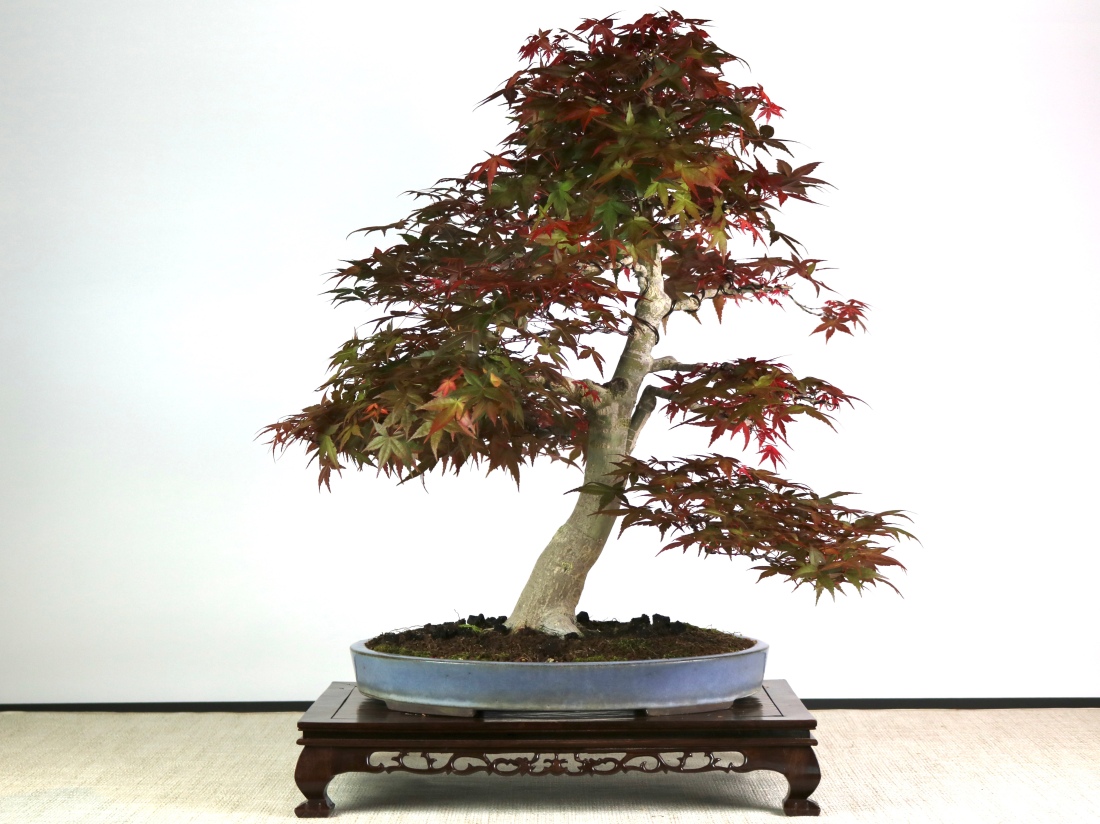 Late April, and some interior budding is forming in the bare areas:

Late May, and the wire needs to come off, and the left side is very dense, compared to the weak right side. 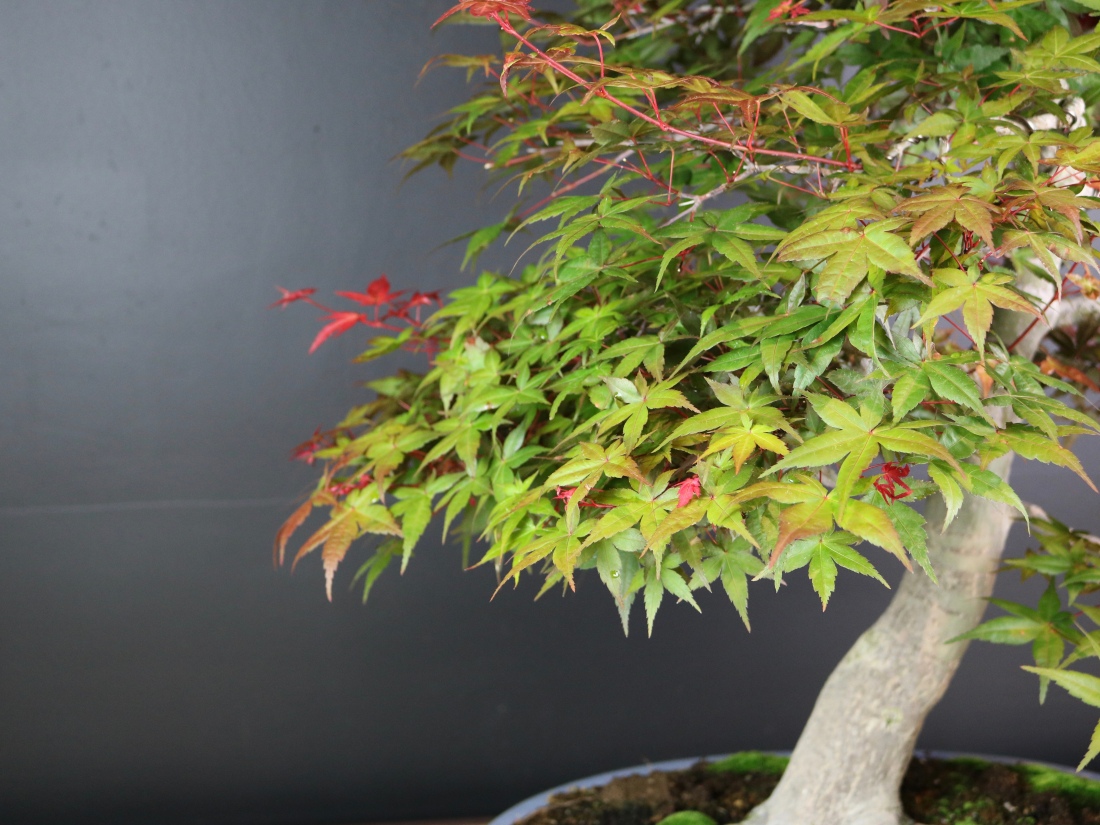 Since the April trim back encouraged some budding, and new shoots were starting to grow, I decided to partially defoliate the tree and allow light to reach the interior, as well as balance the tree and give the new shoots a shot at growing. Here is an upper branch, before:

And likewise on a lower right branch where some dieback occurred, new branches were starting to take off:

So I wired them, removed the inner leaves, and removed the growing tips. This should result in back-budding at the axils of the removed leaves: 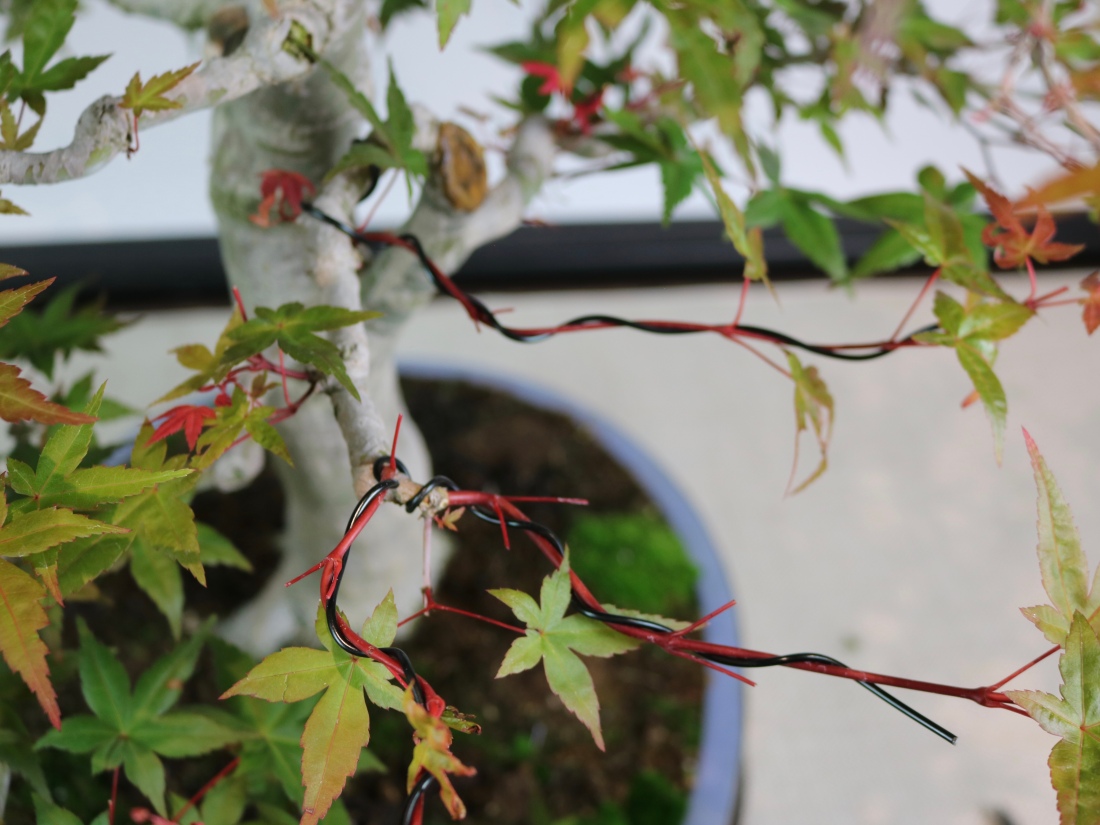 After the work is done, the tree looks pretty rough. It always does until the leaves reorient themselves in the sun.

A night shot shows the result a little better:

And, just a few weeks later, new buds and shoots have formed all over: 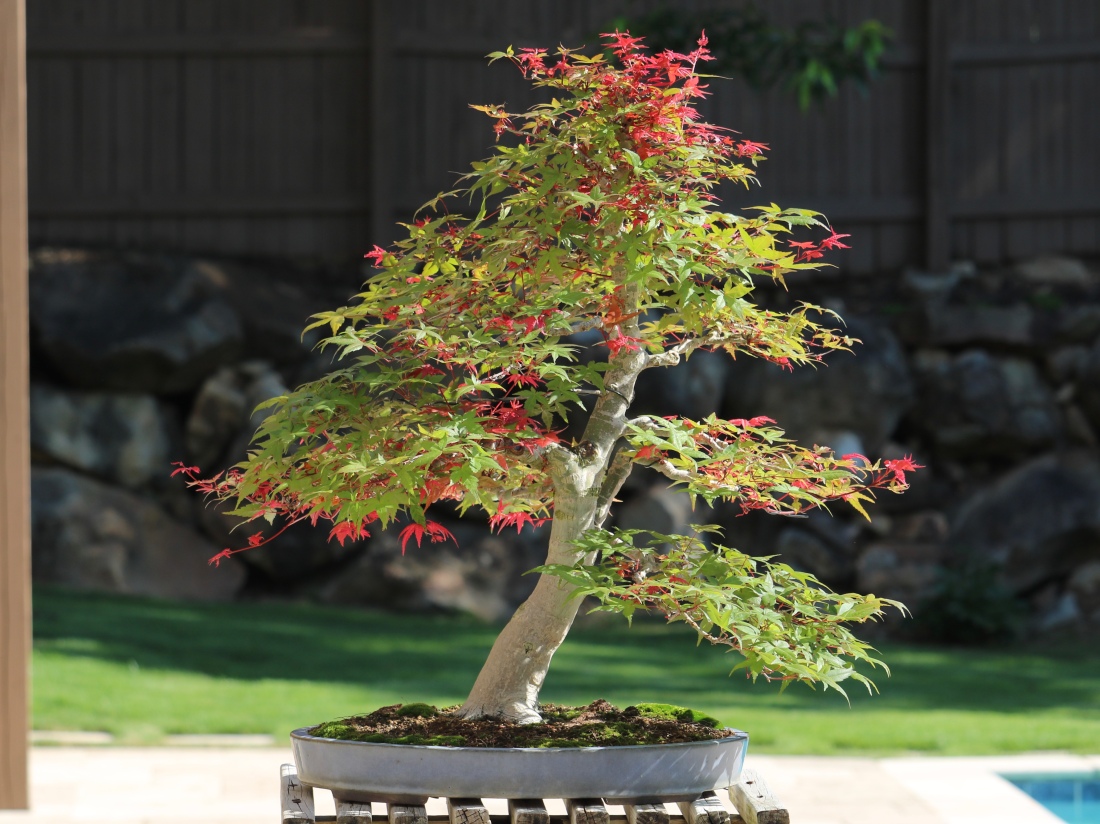 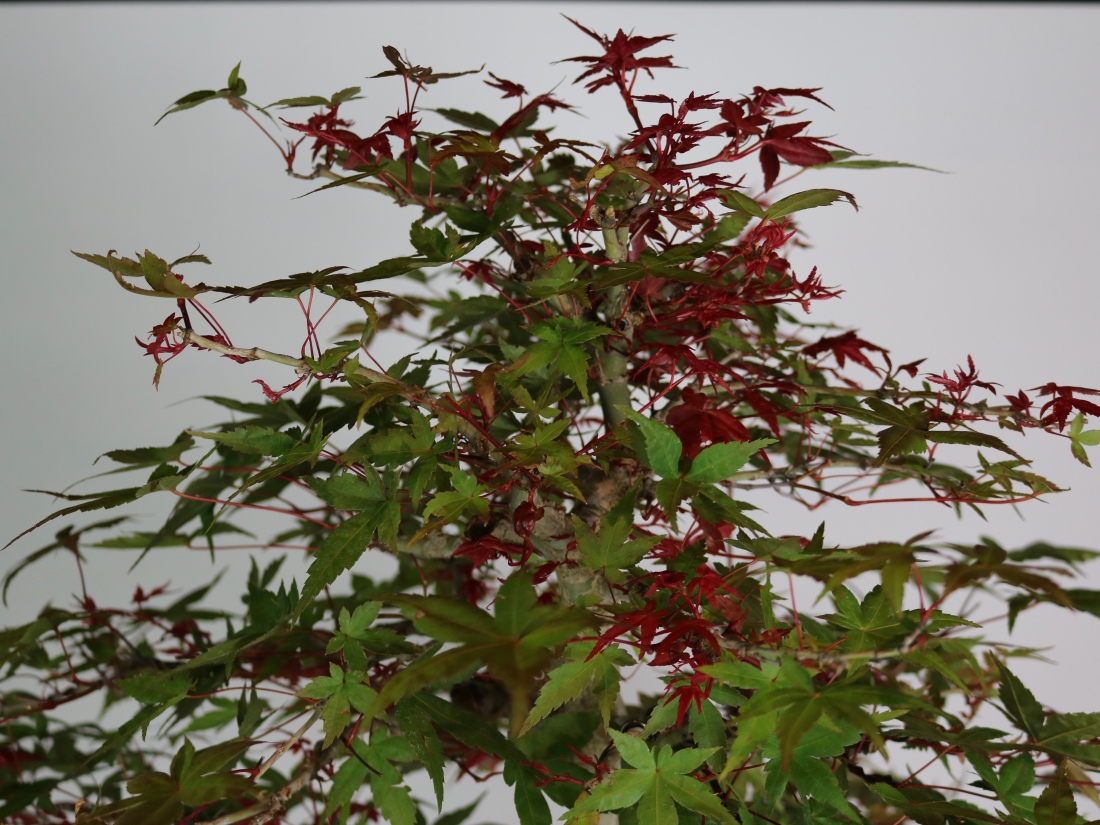 I’ll let it grow a bit longer, and wire the green shoots I plan to keep in a few weeks. Next spring, I’ll repot it and work the roots pretty thoroughly.