Well, it has been a while since I lost a tree. Unfortunately, this was an imported, collected needle juniper. They’re uncommon. I have owned it for 4 years, and it’s always been healthy. It was repotted last in 2018, and doing fine until this spring. 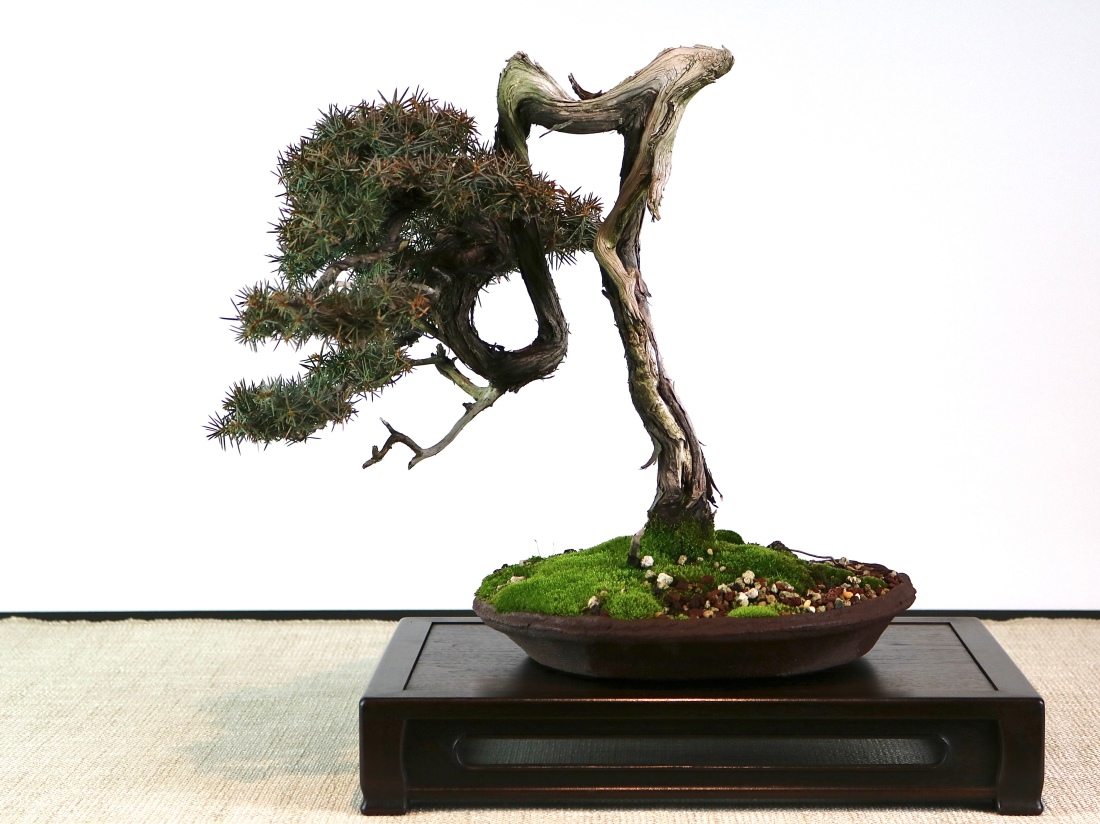 End of May, clearly dead.

What happened? Unpotting it revealed some rotting roots on one side: under the thickest of the moss, and very broken down soil underneath, with some earthworms present as well: 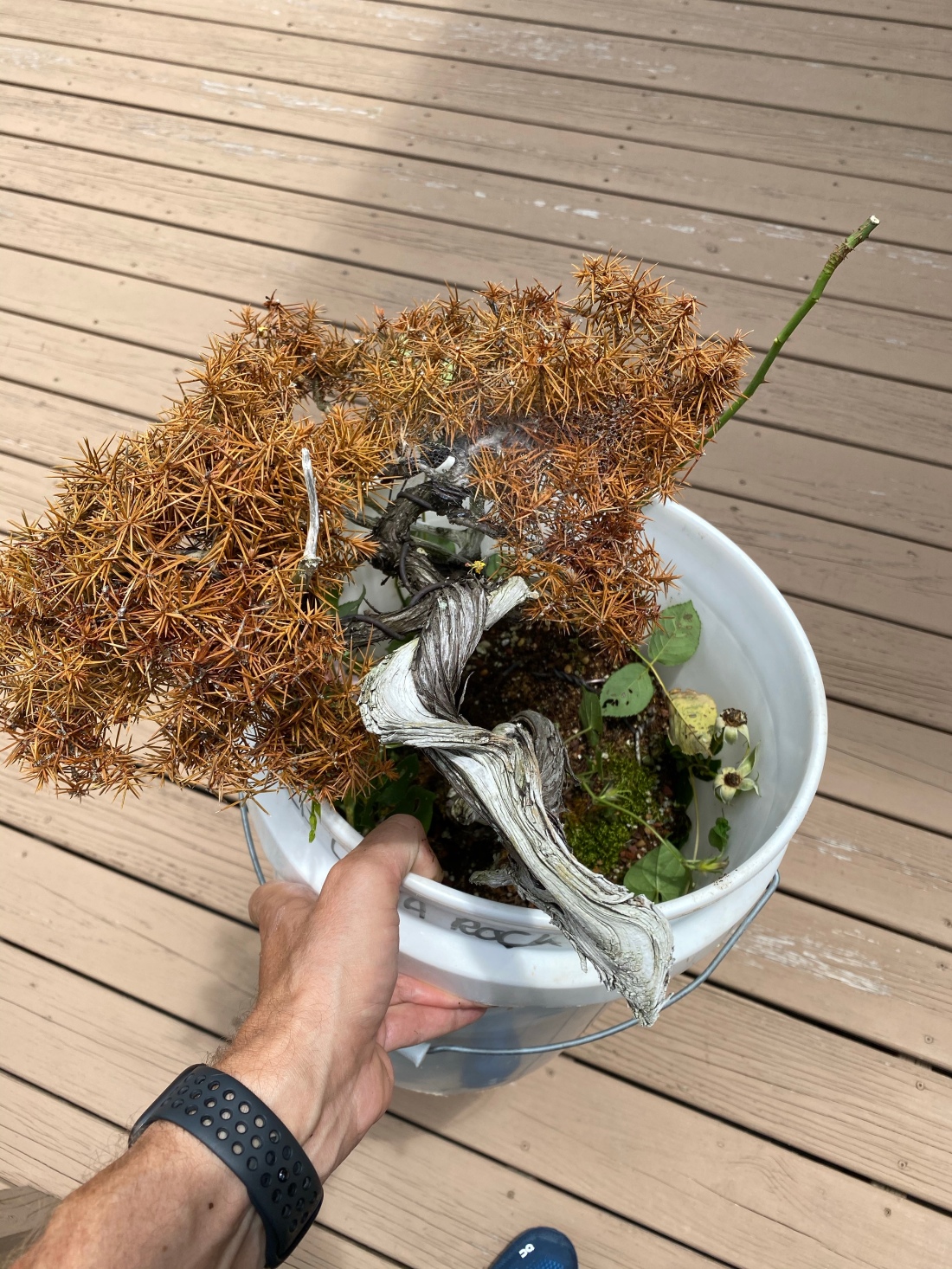 But I’ll end the post with one of my favorite photos of the tree. Club show, May 2018. On a David Knittle table, owned by a friend. The accent is Erodium in a Byron Myrick pot.

What a difference a month can make. ROR trident maple, Ino pot. #bonsai