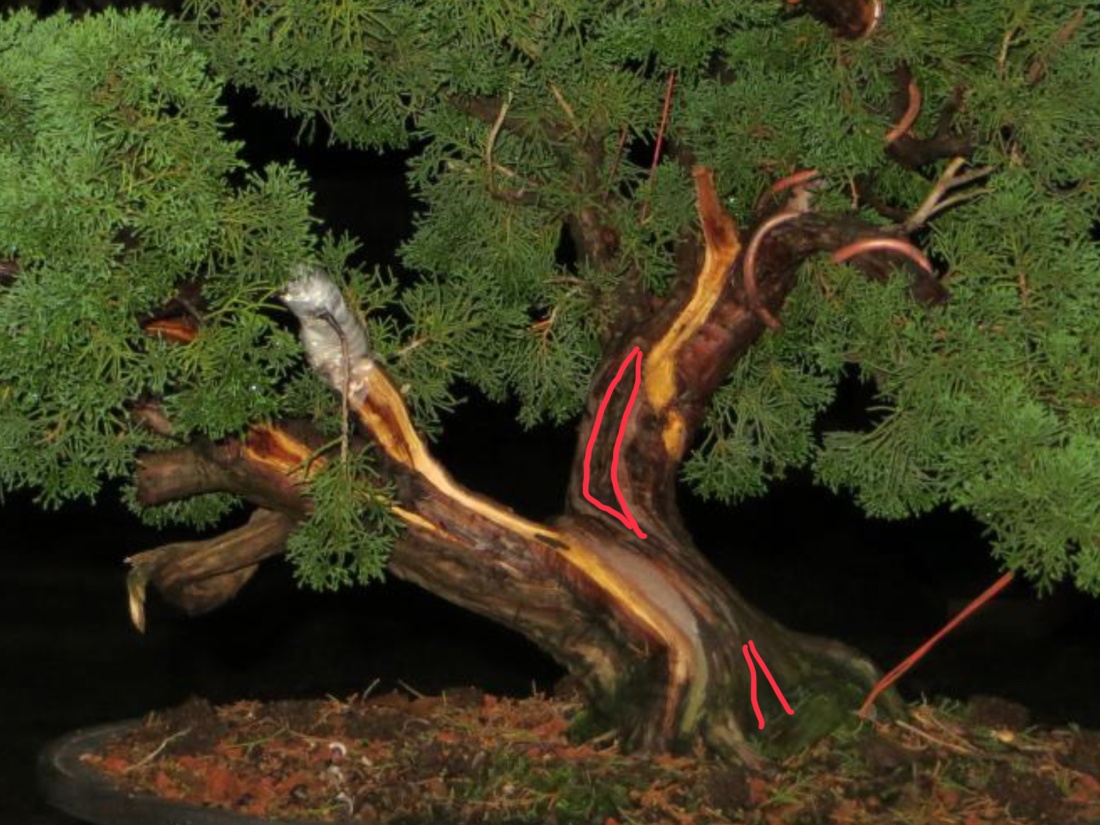 Had I followed the dead areas first instead of trying to carve a spiral Shari as shown in the virt below.

I would have preserved the left live vein on the right trunk. 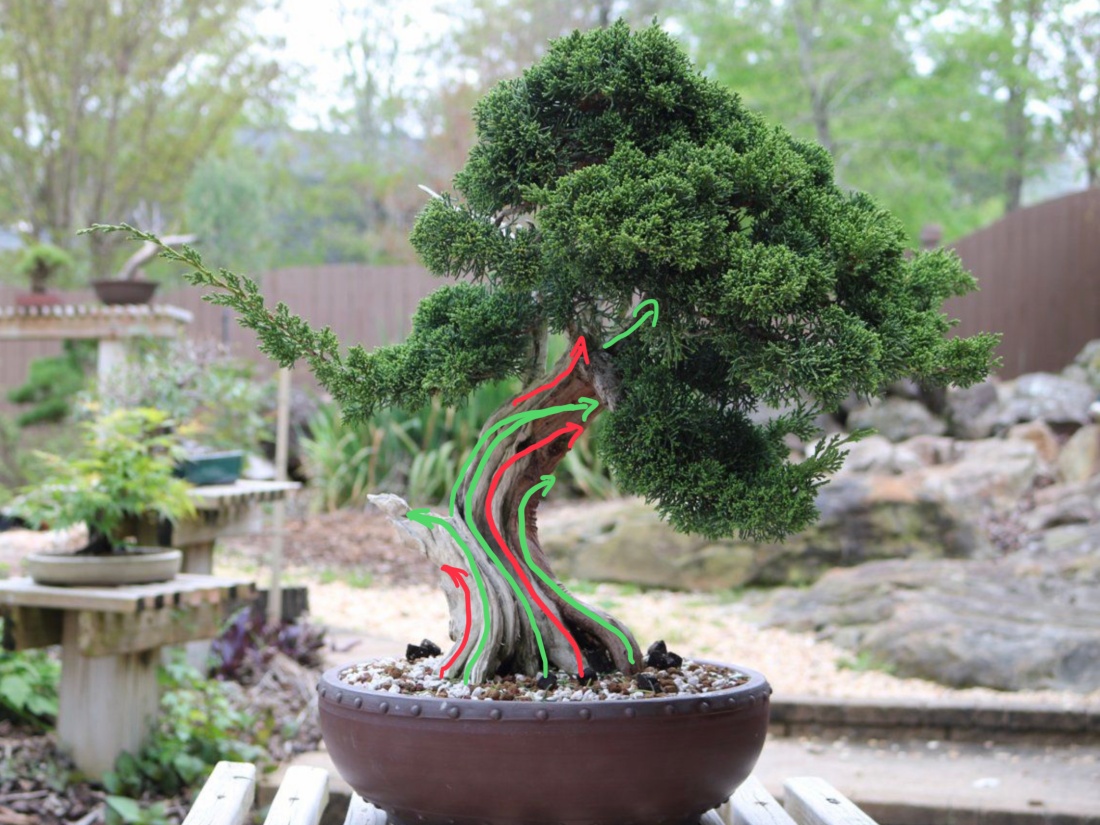 Keeping the left live vein alive would have added interest and options for styling.

Ultimately I’m growing to like the tree, but I always wondered if I could have brought out a better tree from the material. Here is a shot after pruning and wiring this spring.

And another after it filled in a bit more. Next spring, I’ll get it into a more decisive pot.

3 thoughts on “Mistakes while carving Shari”