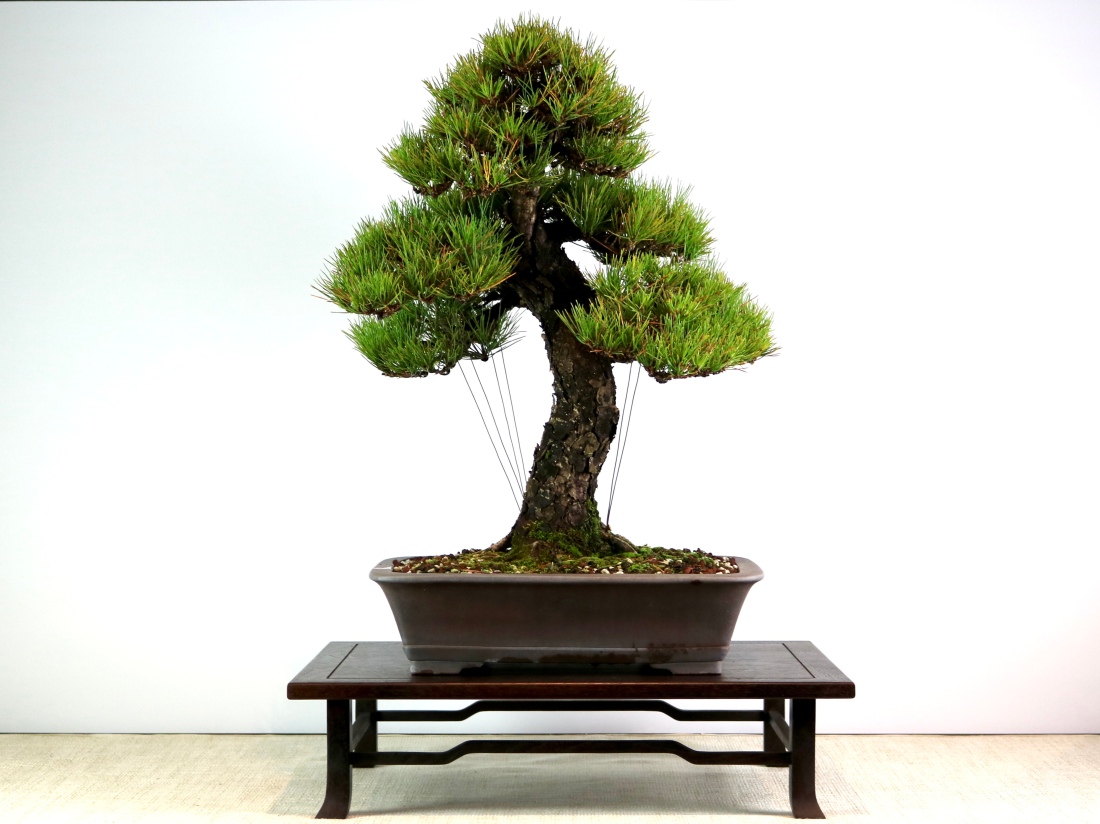 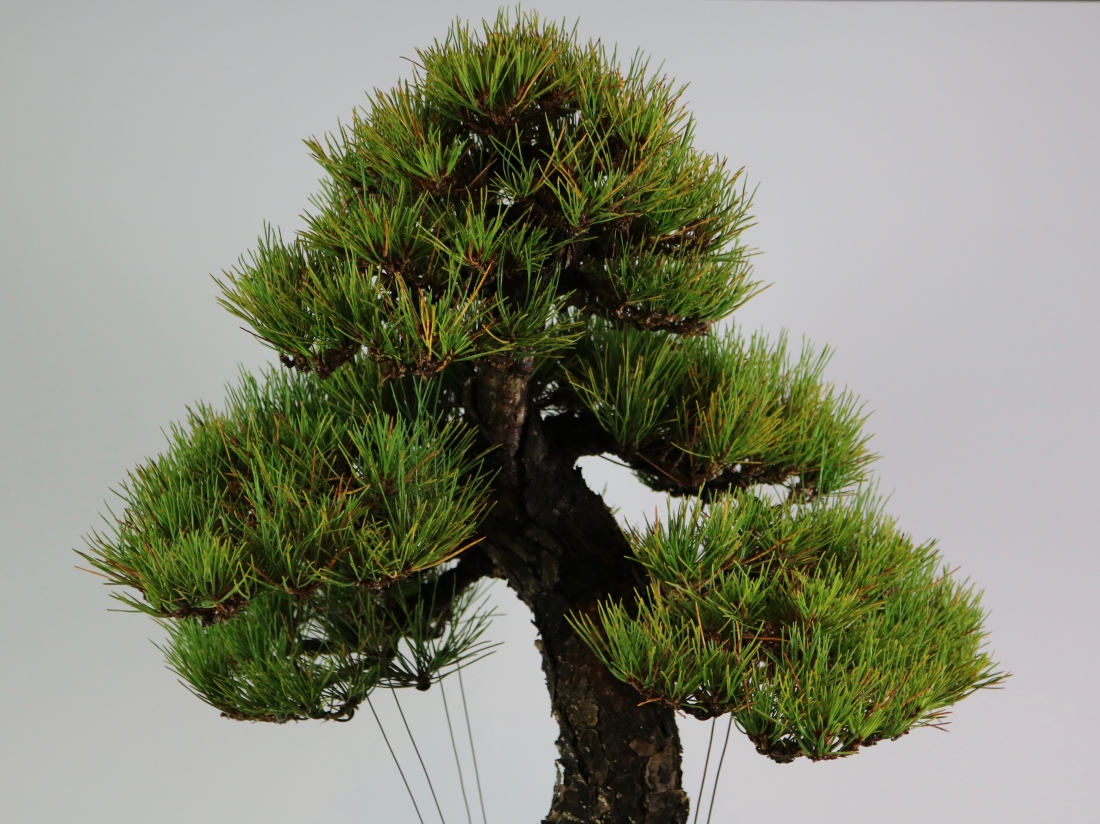 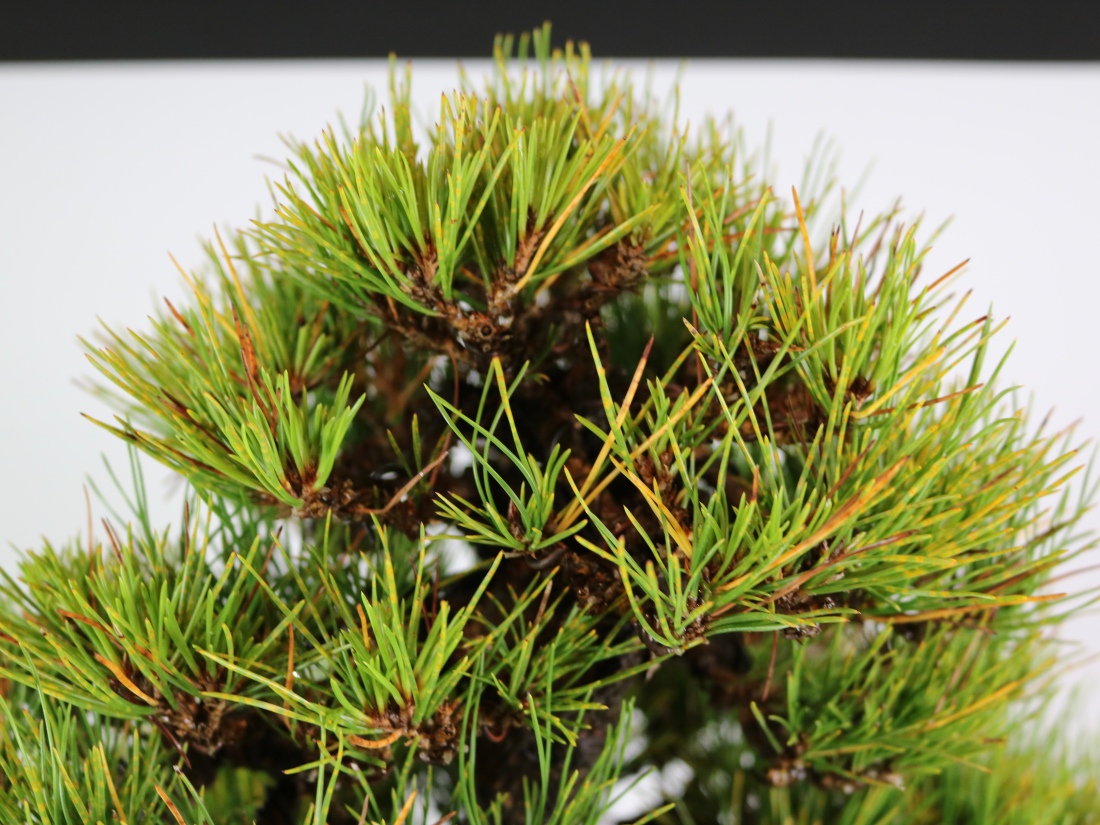 Time to clean up moss from the soil and lower trunk as well. 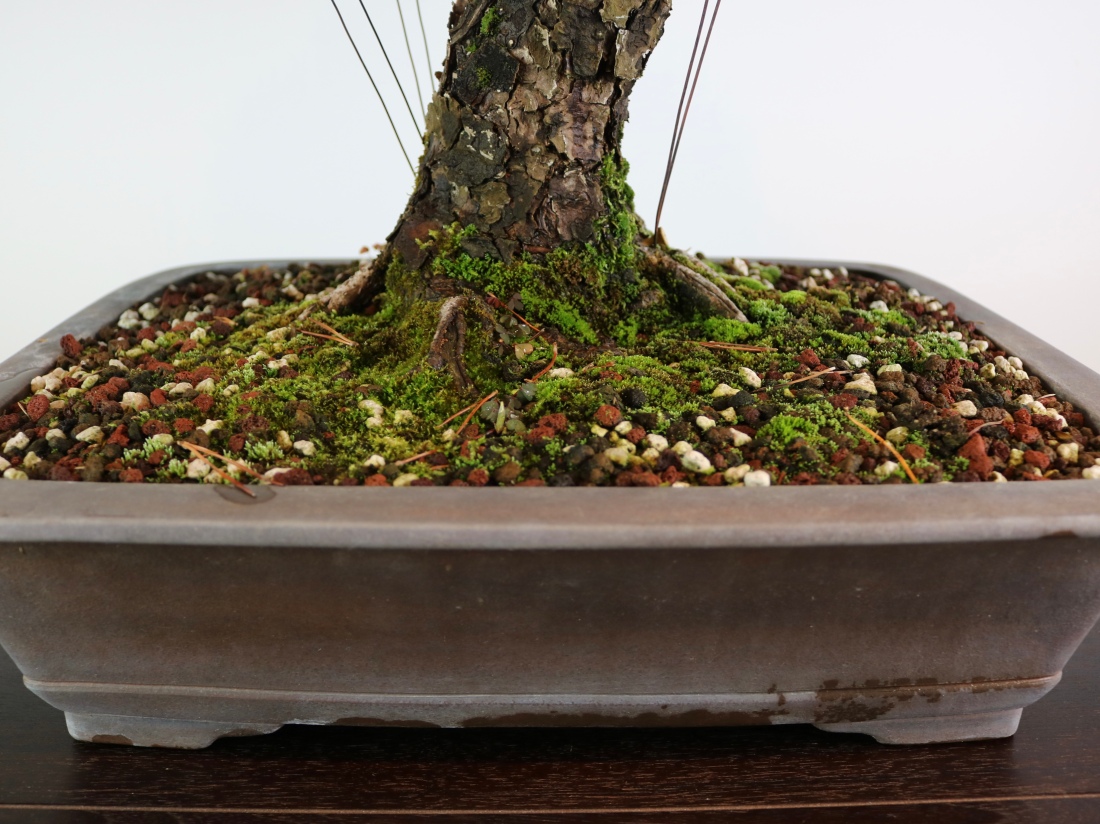 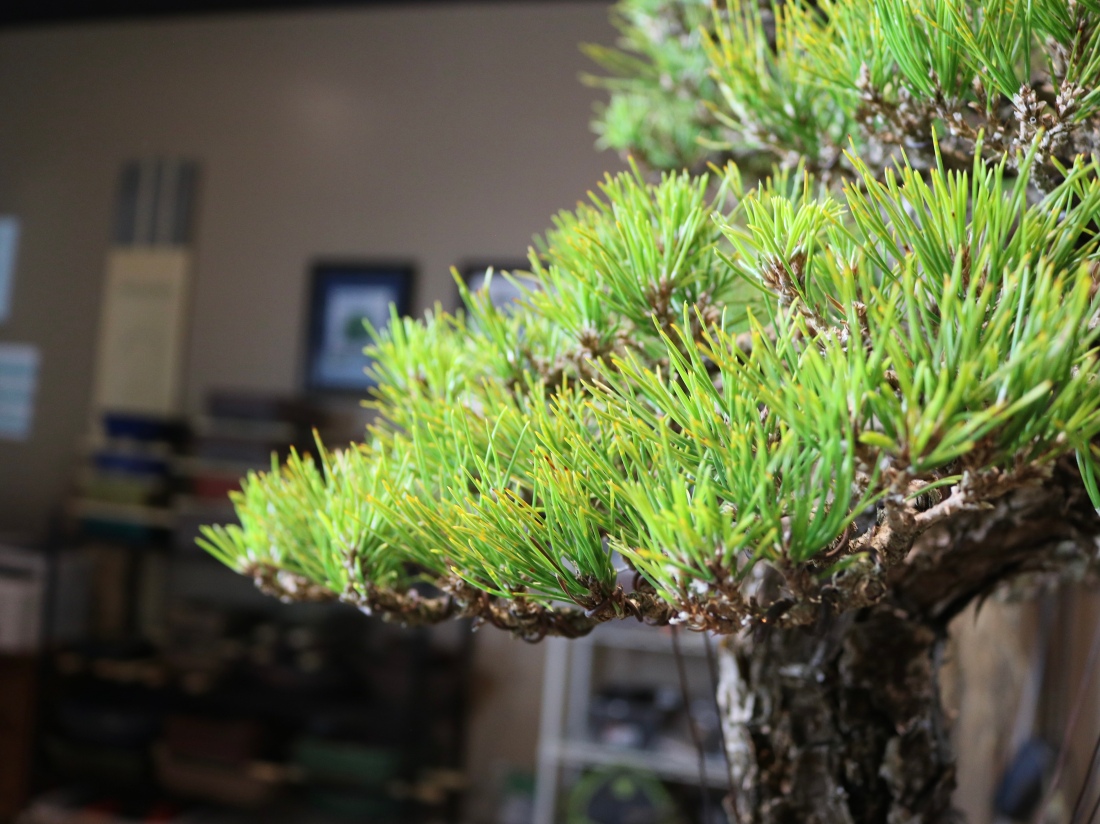 Needle pulling and balancing complete, and moss cleaned up:

Since it had grown considerably after it was wired last, it was time to remove the wires and prepare it to wire again. Wires removed, and soil top-dressed: 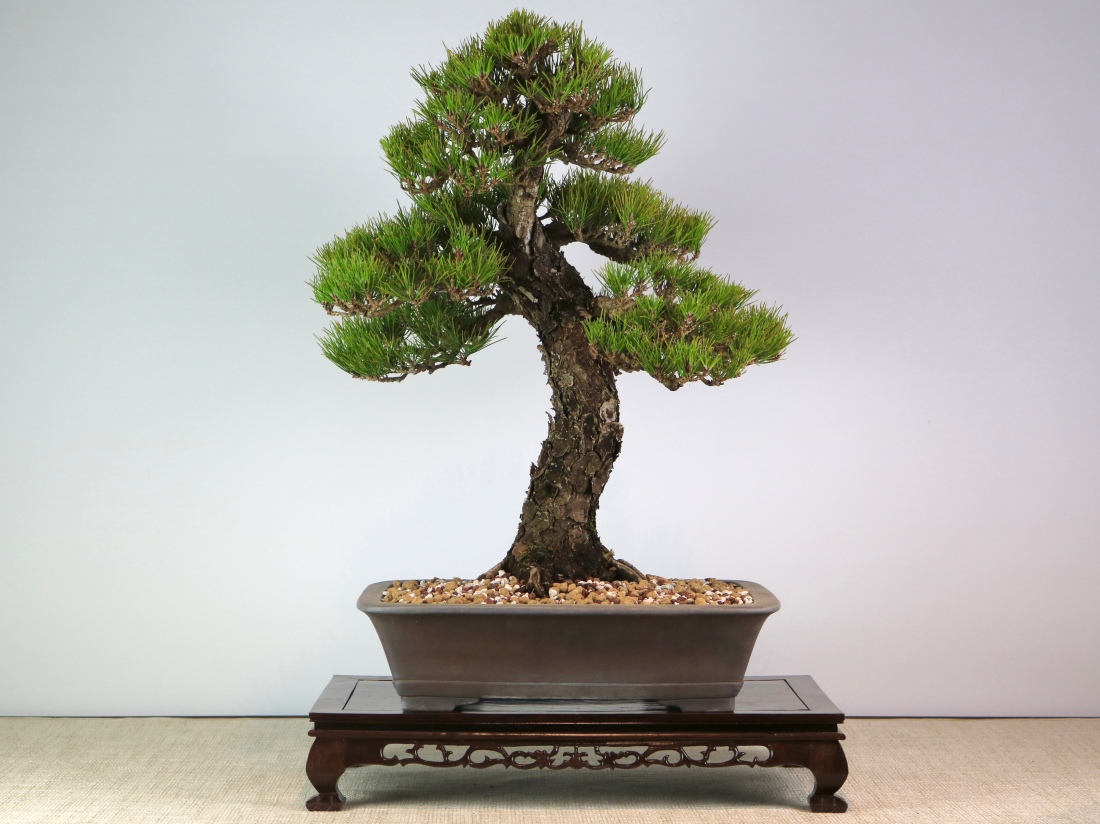 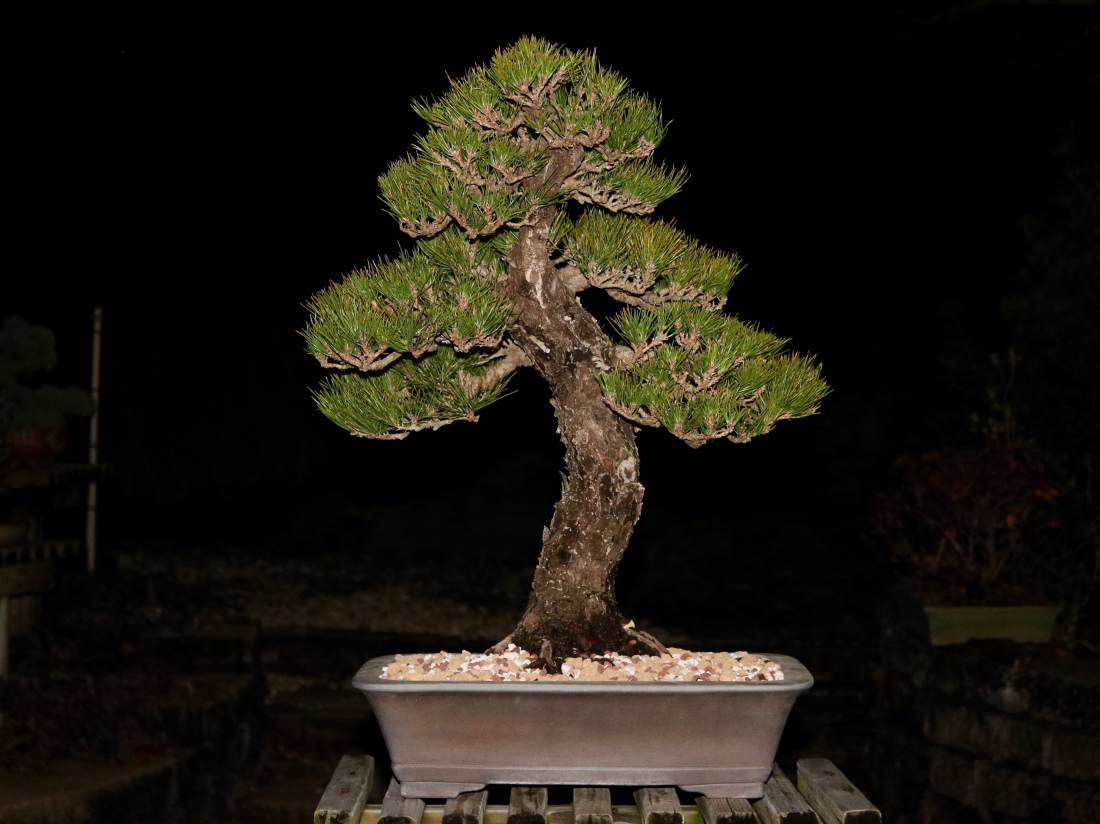 Now the tree is ready for a new round of wiring…which was done by Bjorn at Eisei-en in early February. Here is the result of this round:

The plan is to allow the lower branches to continue extending to accent the trunk: