This quince is plagued with Cedar Apple rust, and I have found that pruning it in the spring usually results in summer growth without the fungus. However, it is a bit disappointing to have to remove almost all growth this early.

Here is the tree before any pruning. It have been treated with lime-sulfur as buds were opening, followed by Cleary’s 3336, as well as Mankozeb as shoots were extending, and yet somehow this fungus has escaped treatment.

Here is a healthy shoot; close-ups still show Mankozeb residue on the leaves from a couple weeks ago.

And here is an infected shoot, swelling and deformed:

What I have started doing is pruning it past the swelling, and leaving one or two leaves at the base. 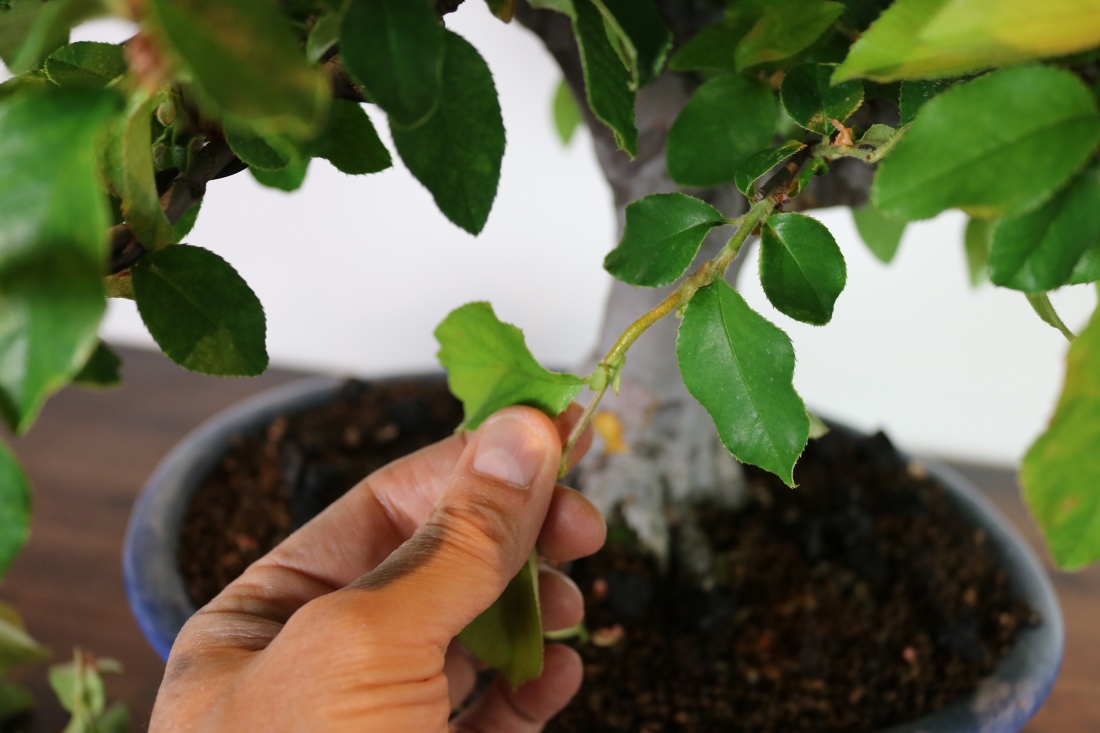 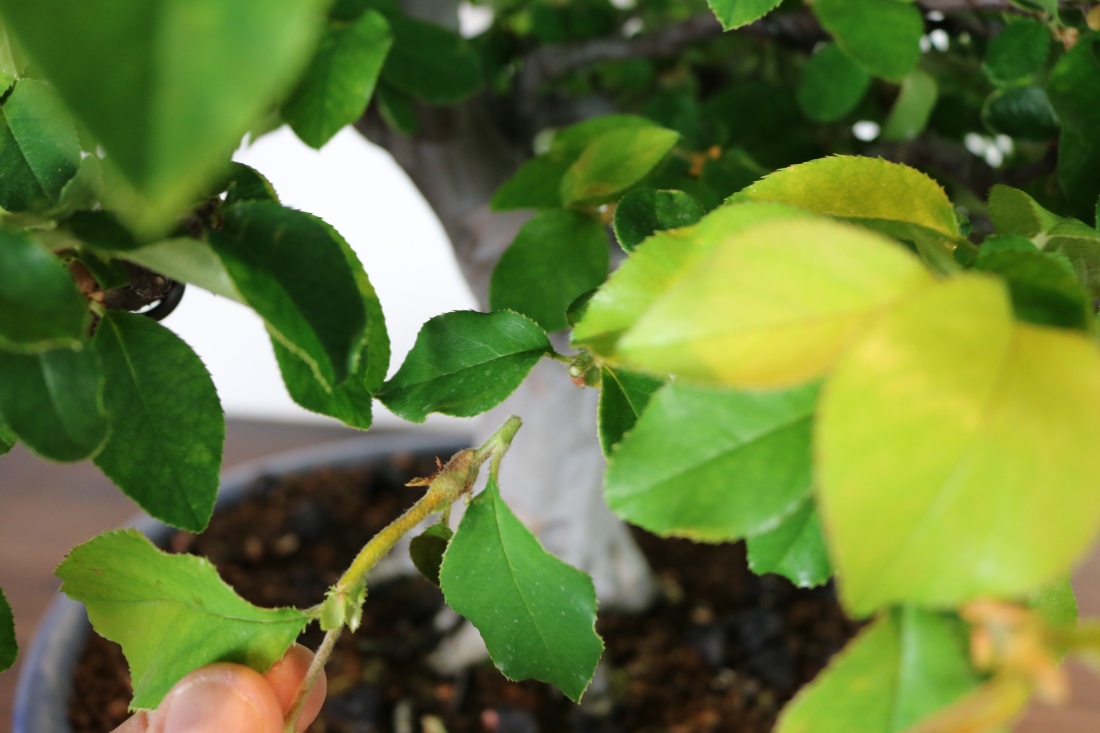 Here is the removed shoot.

After, not as bad this year as in prior years.

The bark is beginning to exfoliate, which is one of many delightful charms of this tree. 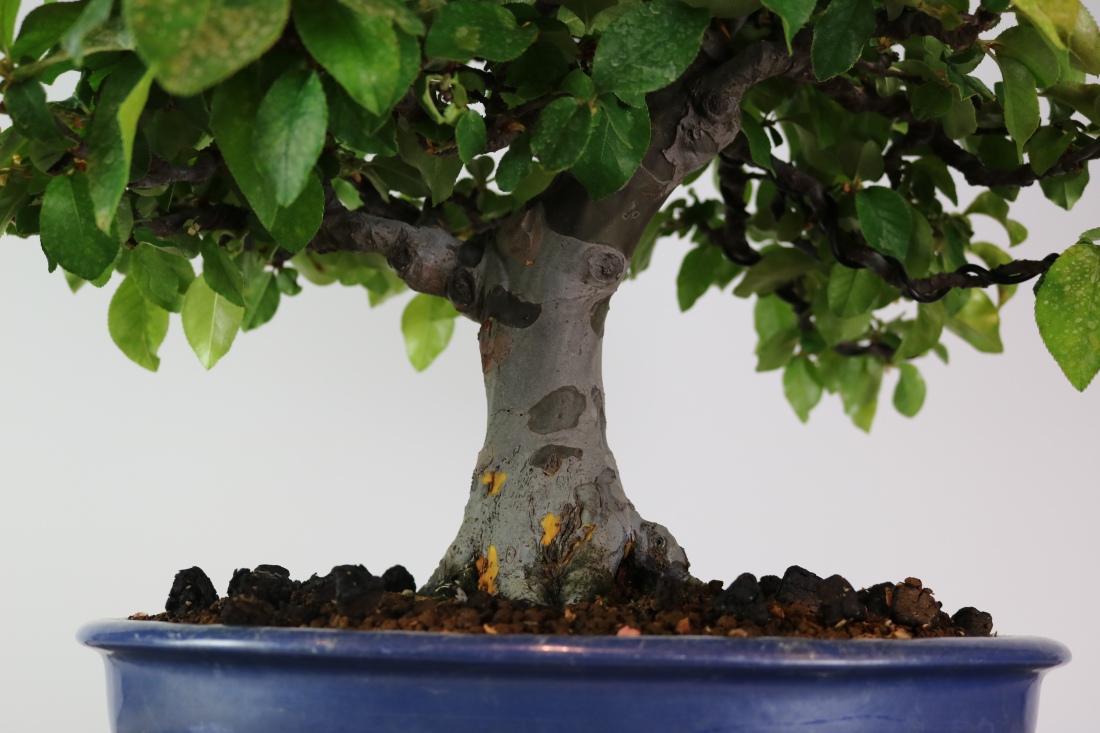 Cleaned up for a glamour shot.

One thought on “Spring Pruning of a Chinese Quince”

What a difference a month can make. ROR trident maple, Ino pot. #bonsai