About the big box from Matthew Ouwinga…

It’s been a while since I went shopping for pots with specific trees in mind, but I have been refining a pine with Bjorn that is ready for a decent pot. We had discussed softer rectangles, bigger lip, and I had really thought a windowpane pot would be nice. The current pot is a heavy, blocky Chinese production pot, 16x13x4.5″. It’s deep enough to accommodate the roots…which I have been reducing from a 15-gallon can over the last several repottings.

This Gyouzan is by the kiln founder’s son-in-law, Yuji. It is slightly wider across the top, due to the lip, and gently turns inward at the bottom. The edge along the bottom suggests a windowpane, and the size was right so I pulled the trigger. 17.5×11.3×4.3″: 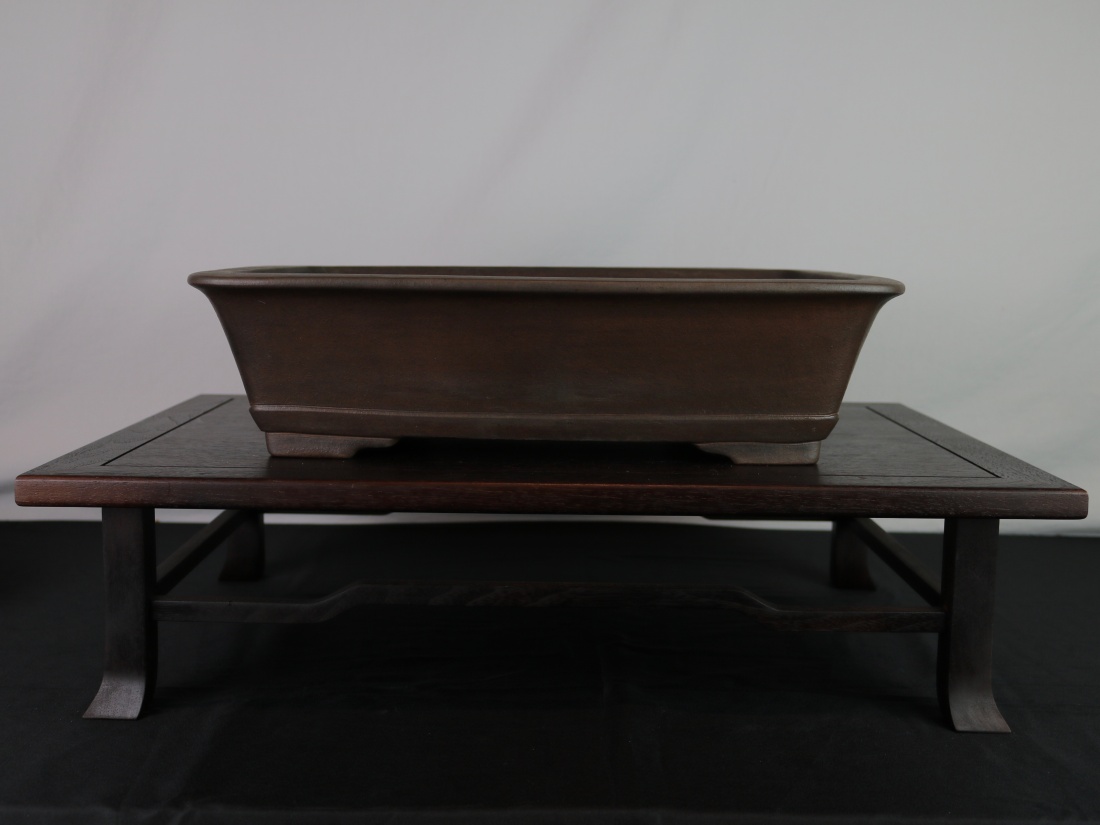 I’m eager to work the tree into this pot in the spring. Isn’t it funny how the new pot is wider, but looks smaller all around?

Here is a rough virt:

Next up is a tricky one. It took a while to find one I believe will fit this sumo Shohin trident maple. It’s been growing in a nice Ino Shukuho for the last couple years, which is an outstanding pot, but at 11.8″ wide, far too big to work in a Shohin display rack. 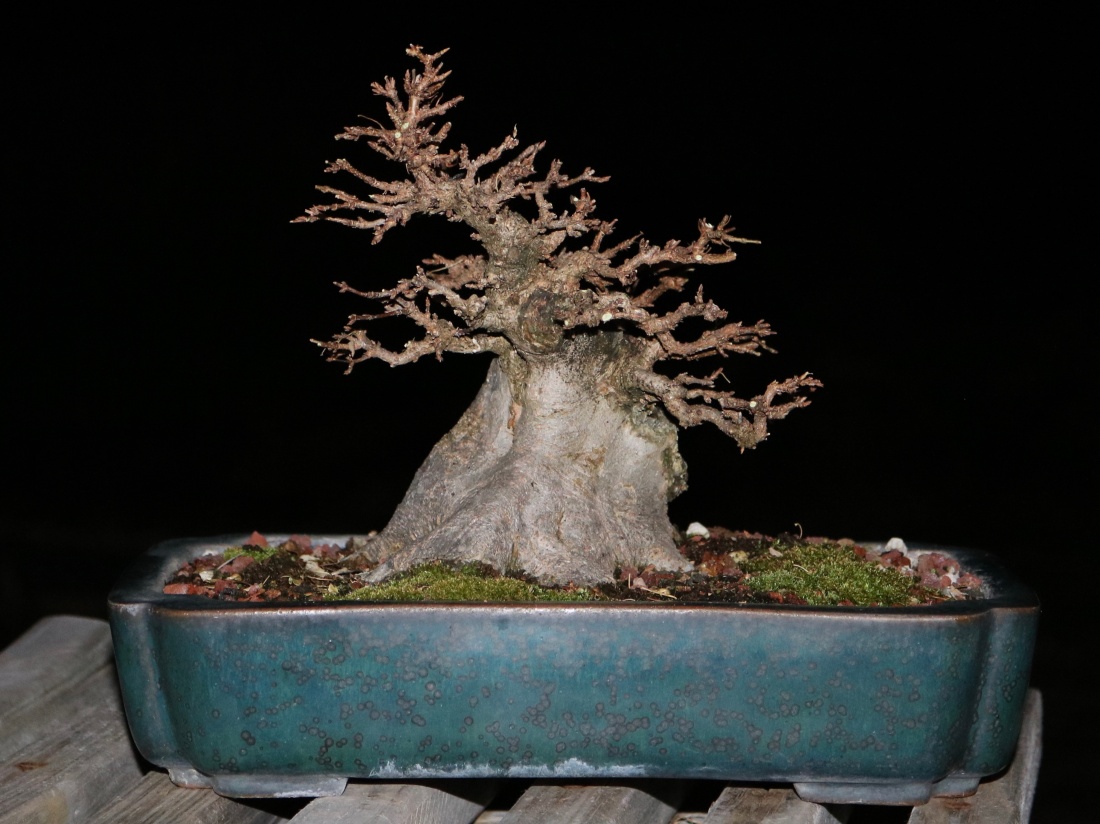 This Ikkou (Tokoname) is 7 3/8″ wide, and should just work. I’ll be sure to post some shots of the shoehorn-style repotting in the spring. 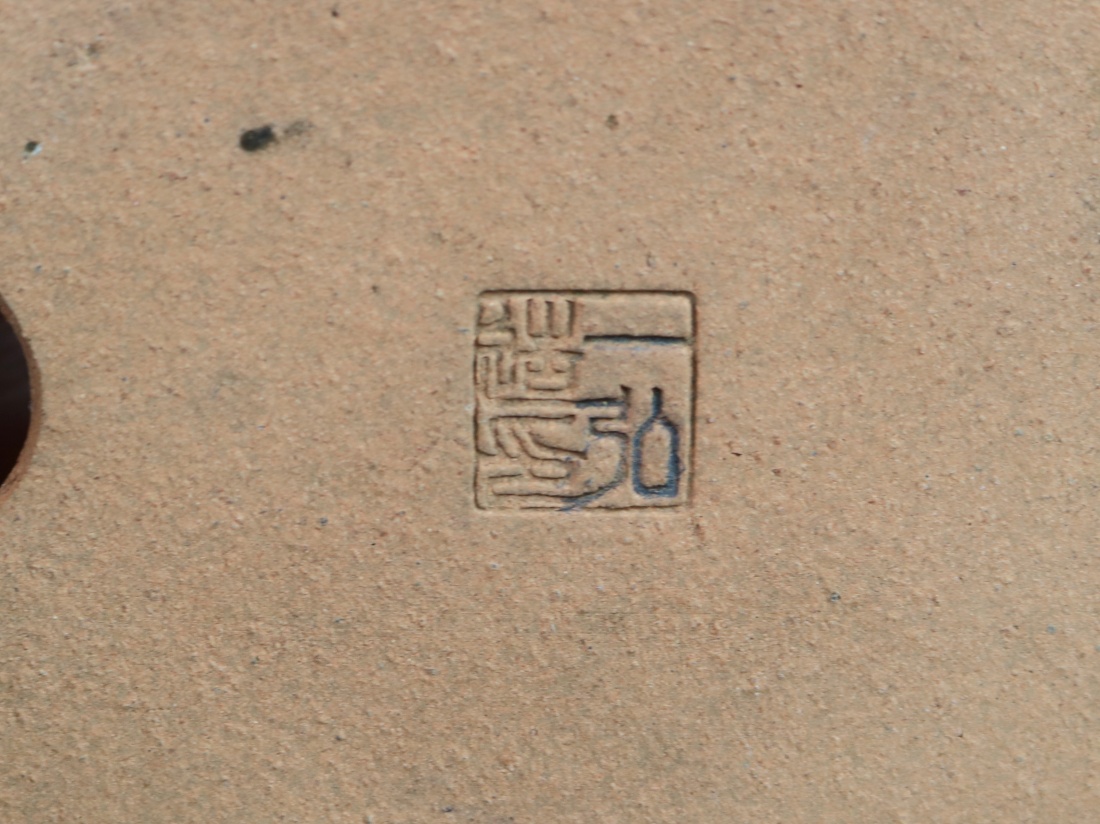 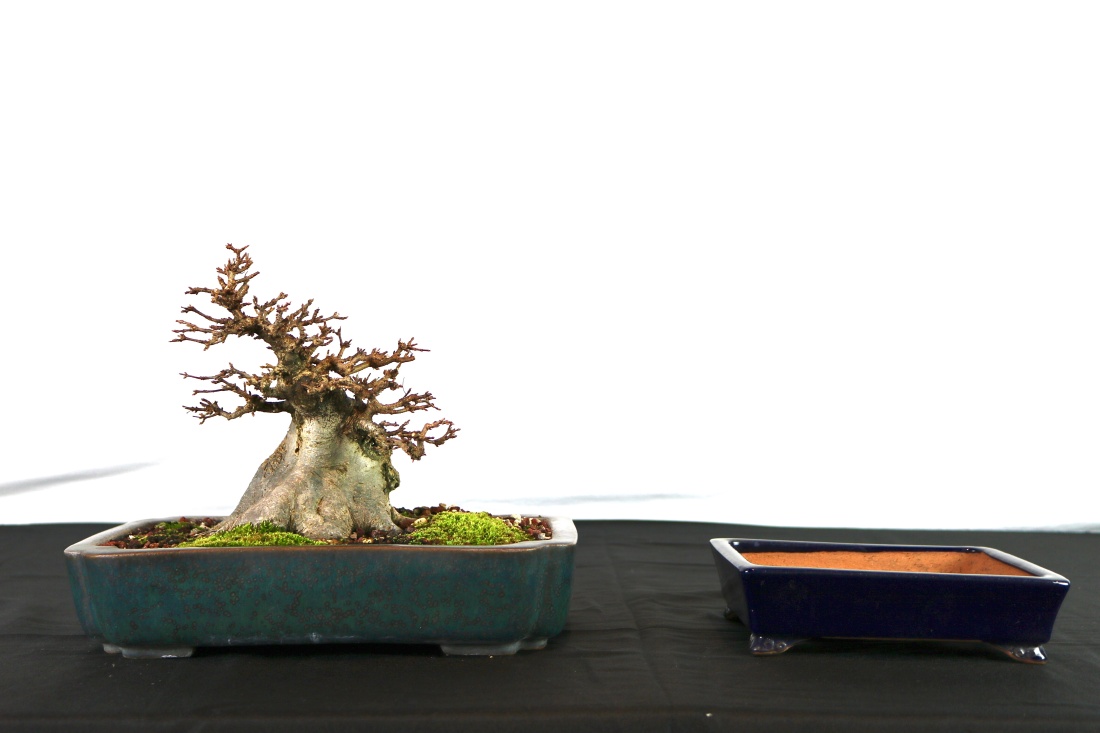 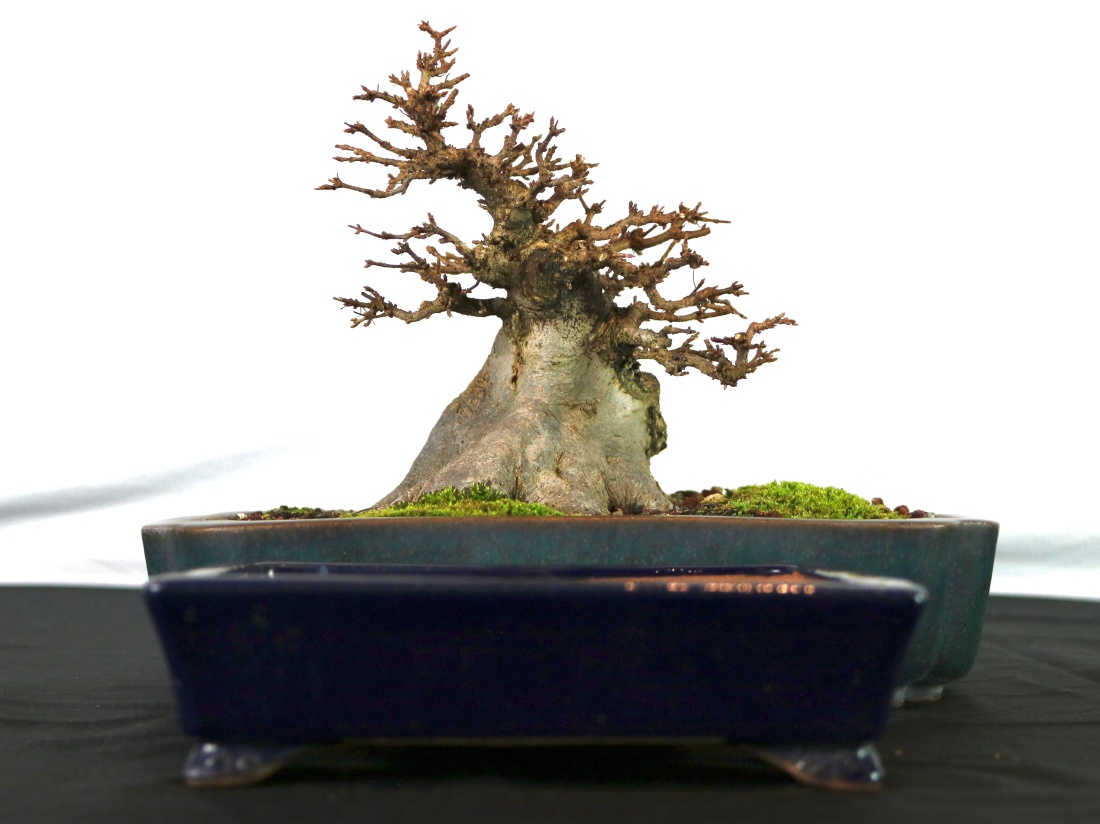 One thought on “A few new pot pairings, Part 1”